We have written our poems after reflection upon Remembrance Sunday. We discussed the emotion and great pride and gratitude that we have for those men and women who gave their lives during many conflicts so that we can have the life we have today.
As we are studying World War 2 in History, we were also able to make links with what we have learnt in this subject too.
We hope that you appreciate our writing, as we have worked really hard to capture the emotion and feeling of this subject. 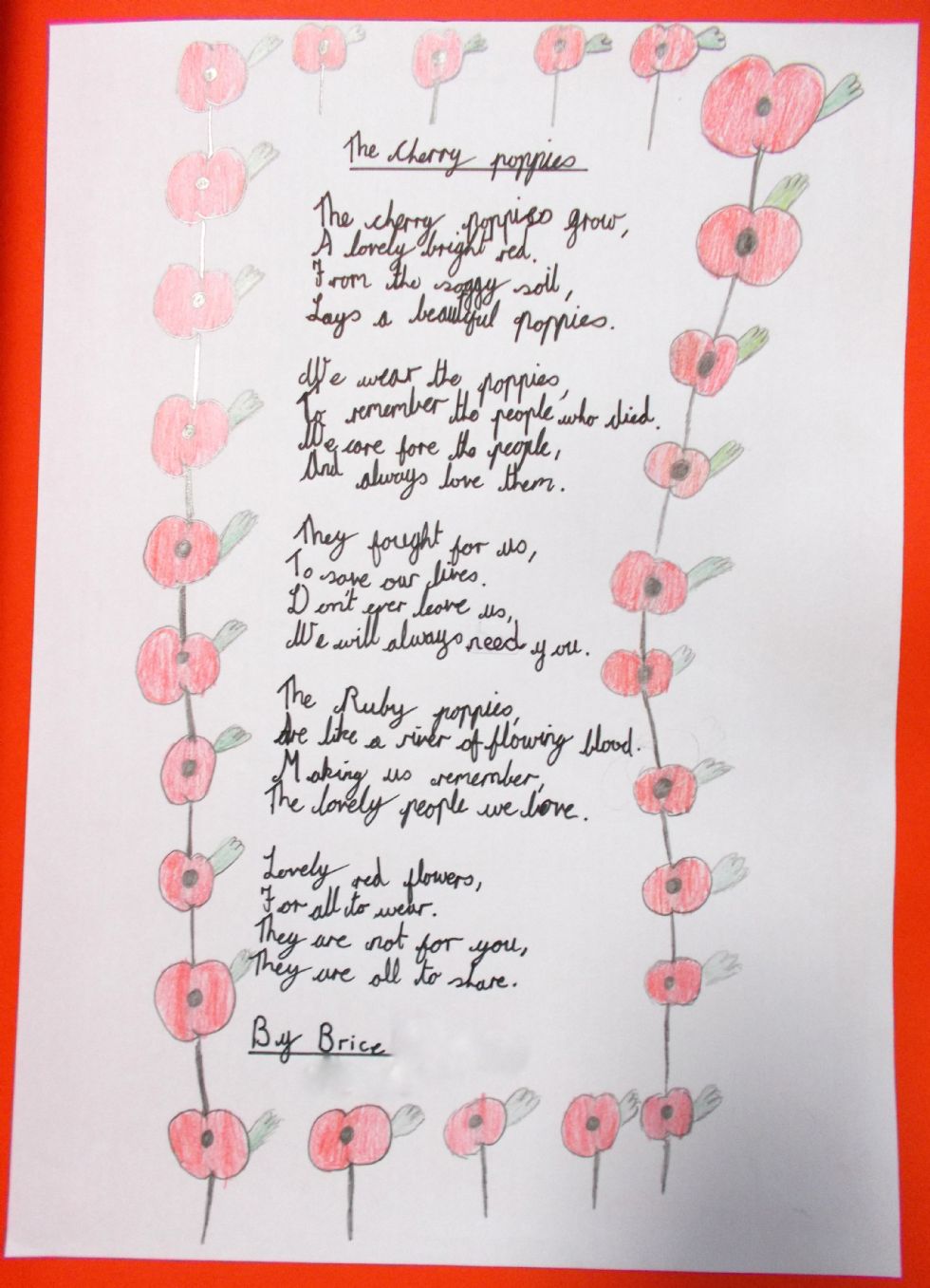 Lest we forget those who were shot,

To let us live, we’d die if they had not.

In the fields of Flanders full of mud,

There are lots of poppies that are good.

A hundred years ahead.

Everyone lifts up their head.

They show a smile,

Then display their poppy with pride.

To show their respect,

Lest we all forget.

The 11th of November. 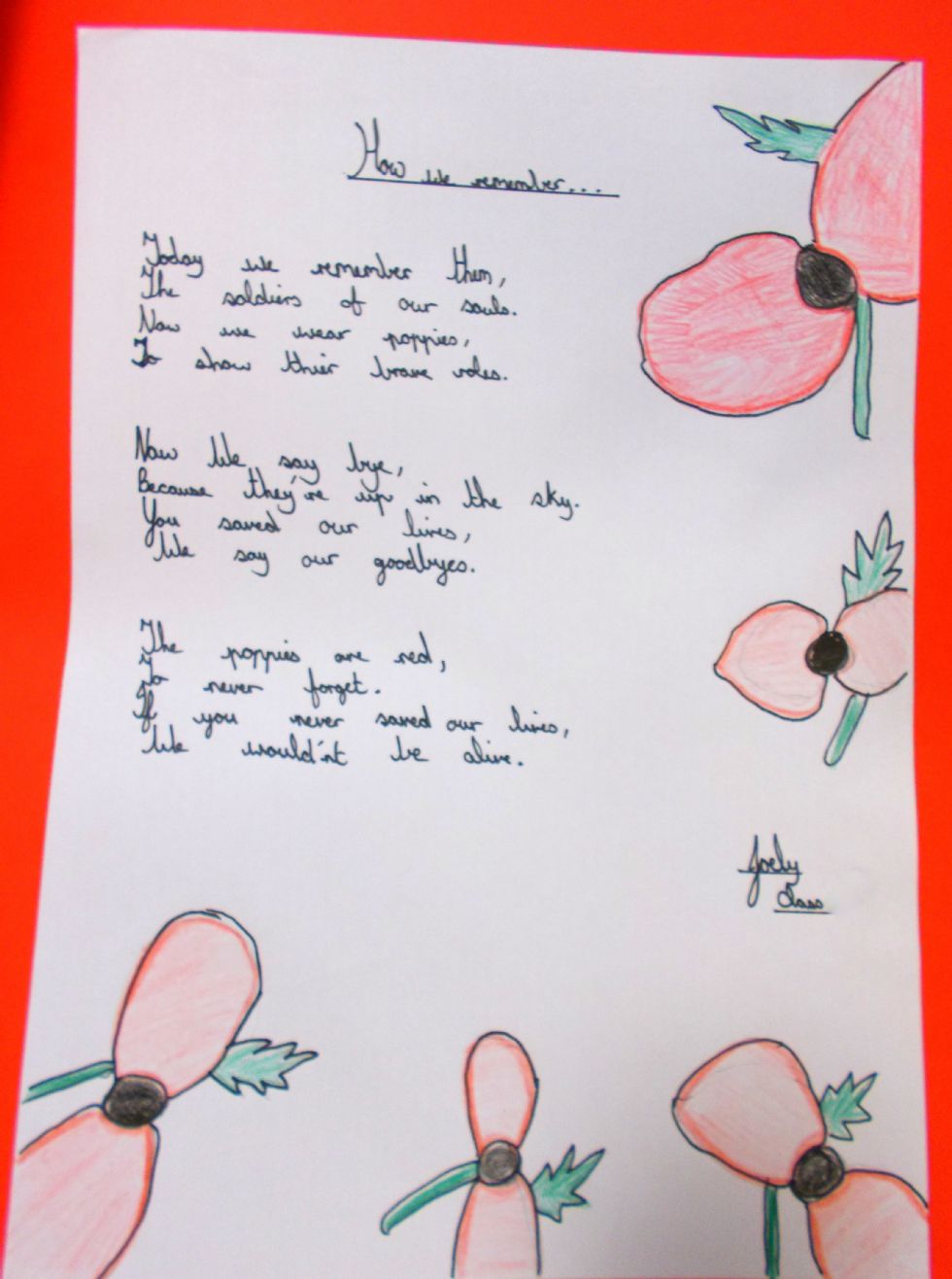 When  poppies  grow through  the  ground

Everyone  is  silent  not  making  a  sound.

In  which  soldiers  had  died.

When  you  see  the  beautiful  red  poppy

A  poppy  represents  those  who  fought  in  the  hardest  war. 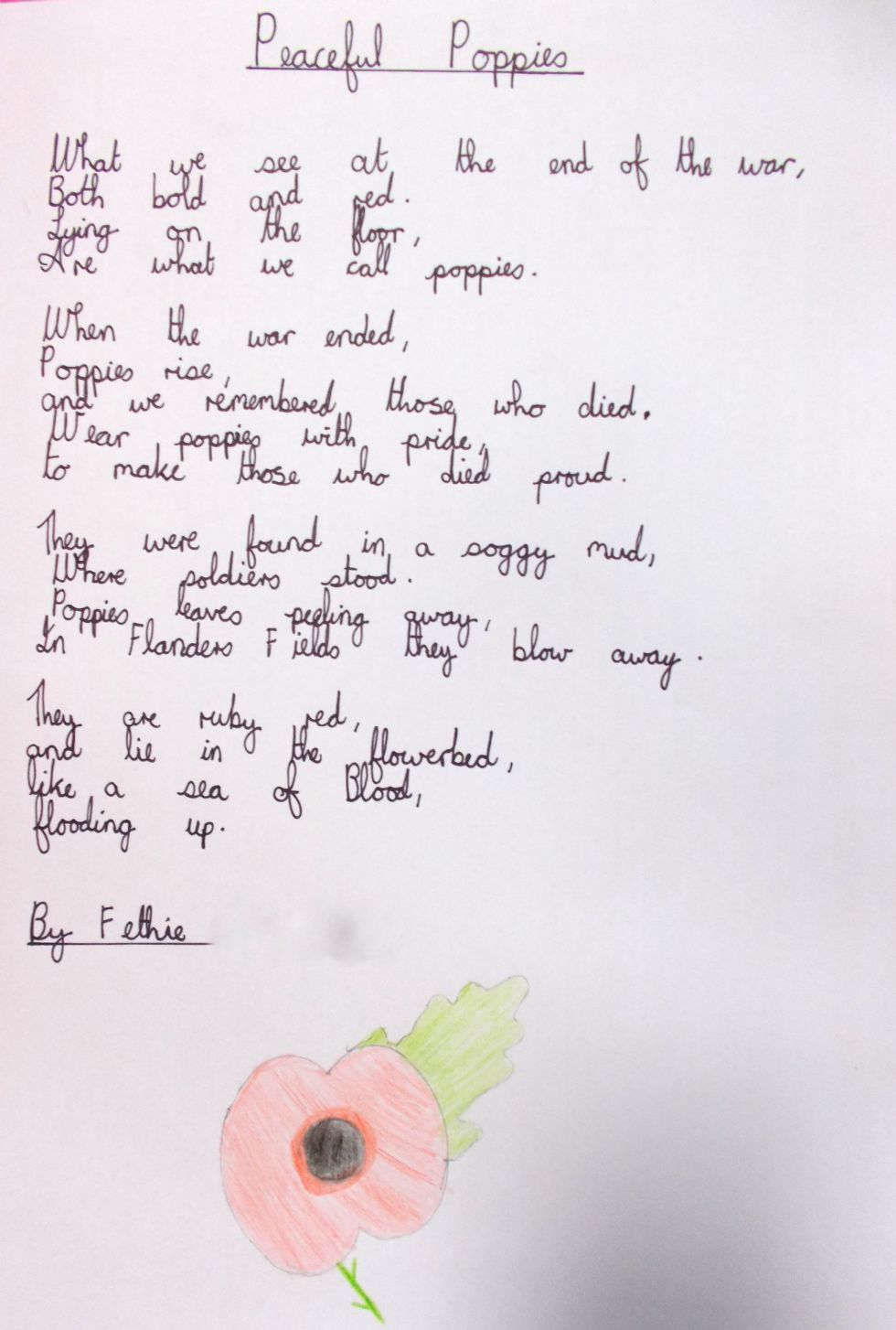 Wearing poppies for the dead,

As red as pure blood shot in the head

Lying dead in a coffin bed,

Lets all take cover in an underground shed.

Resting my head on a bed,

Waiting for the war to stop

So we can start to pray.

When the war stops standing tall like a wall,

As the winners have their pictures in Saint George’s Hall.

If they die the families will start to cry,

All they want is a kiss to say good bye.

All the soldiers risked their lives,

To save their country for their wives.

To fight the wars for us all,

Even though they saved us all.

Unless a war comes and goes. 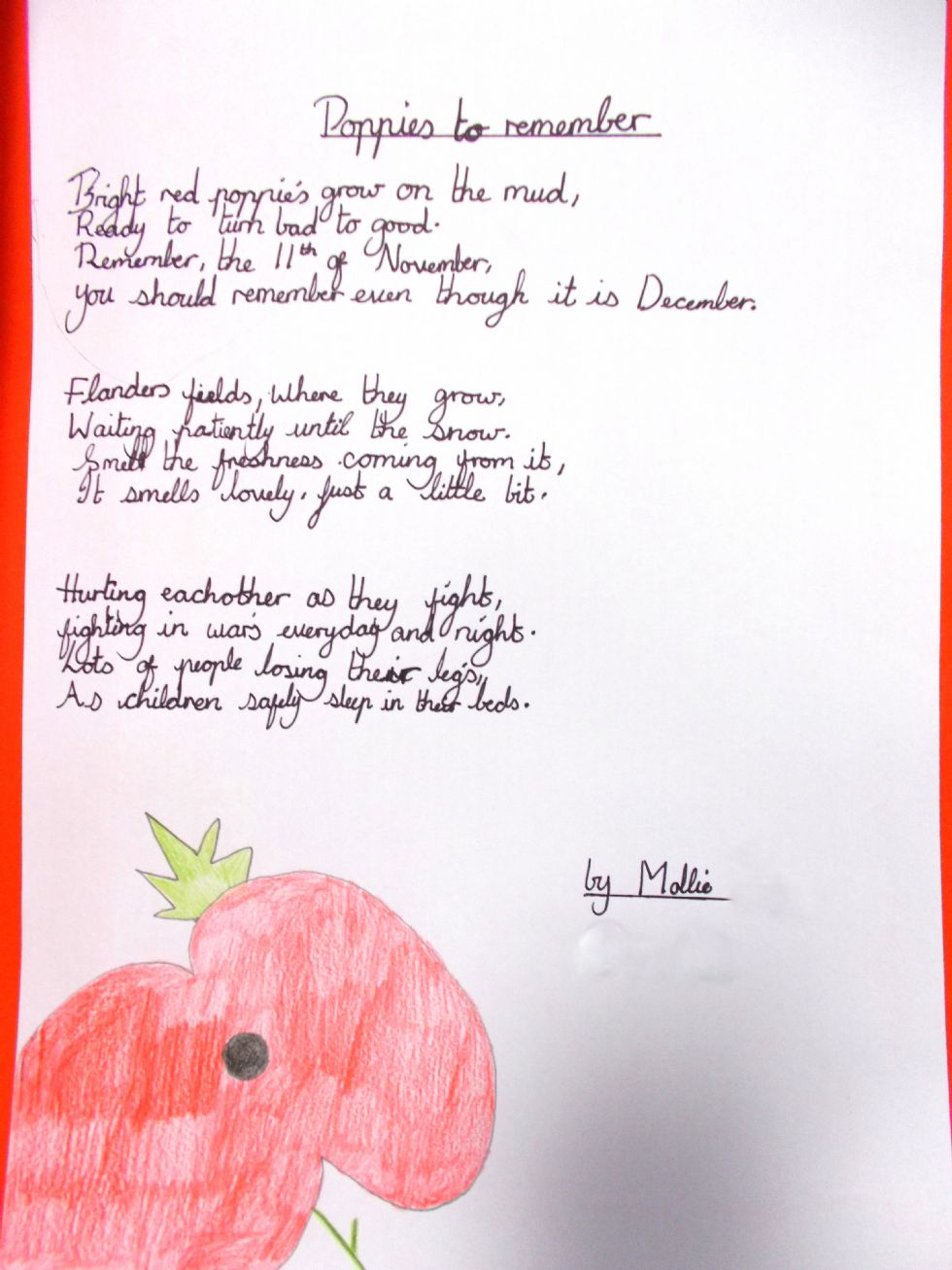 Remember, Remember the 11th of November

All is calm, all is cool

A lot of people were hurt,

Including my Great-great granddad Bert.

The poppies are red,

To represent the blood,

Which is probably covered in mud.

Then the poppies will start to grow.

Soldiers, marching up and down,

Enemies not to be found.

Hiding in the hedges, with bombs,

Blowing up some small ponds.

So wear our poppies with pride,

So we can remember those who have died. 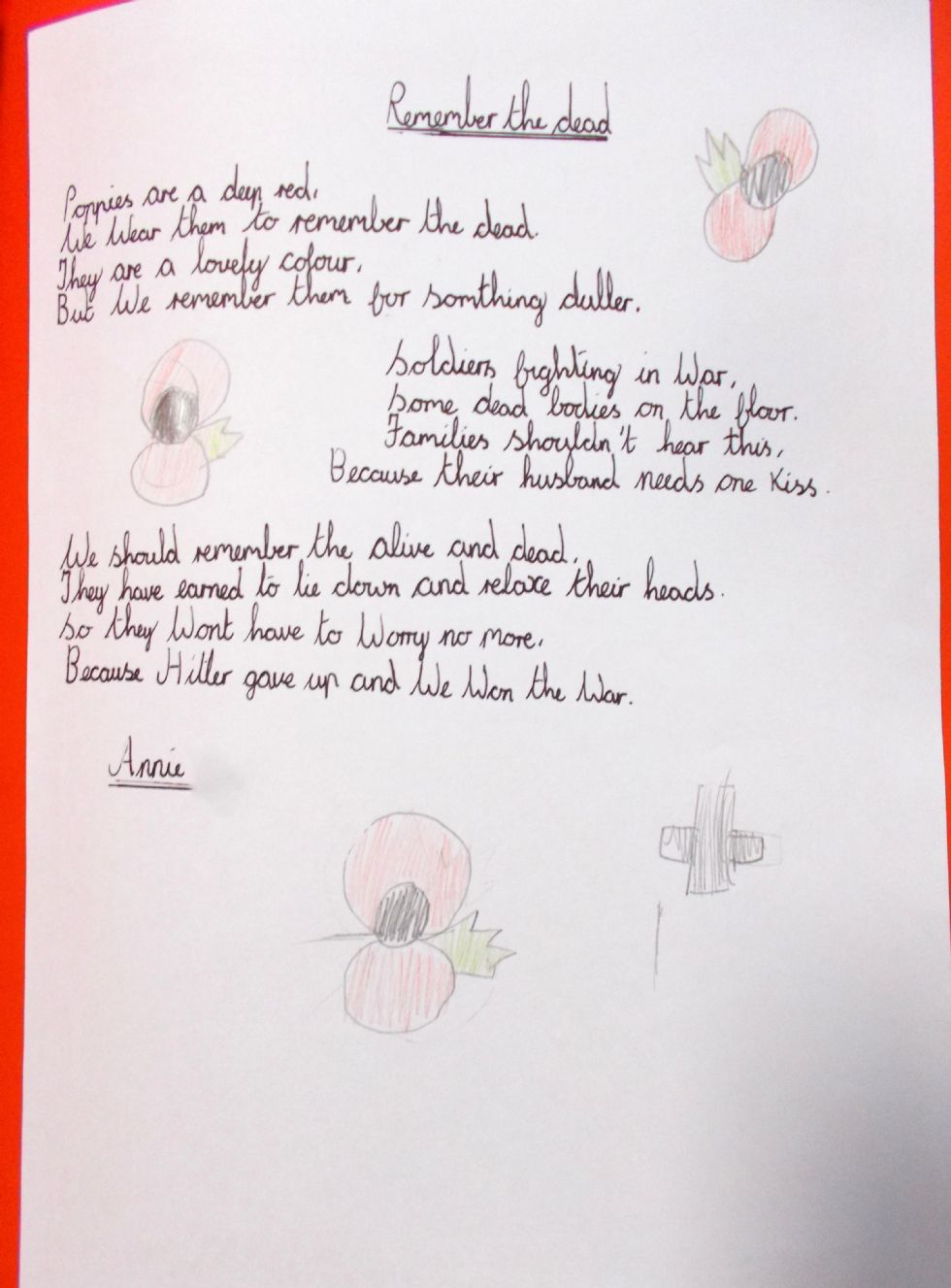 To respect the soldiers shot with guns.

In the place of their death poppies grow,

Because Germany hit an all-time low.

How you can remember and respect,

You honour them, make their life perfect.

Don’t forget the soldiers that saved our lives,

Who were tortured with guns and knives.

Poppies represent the people who we lost,

Risking their lives no matter what cost.

All just for them how?

On Flanders Fields they had a fight,

Up above way up high a twinkly light.

It’s so unfortunate you have to die,

Remember the Soldiers hearts that had to stop.

So go to St Georges Hall pay your respects,

And remember with poppies. 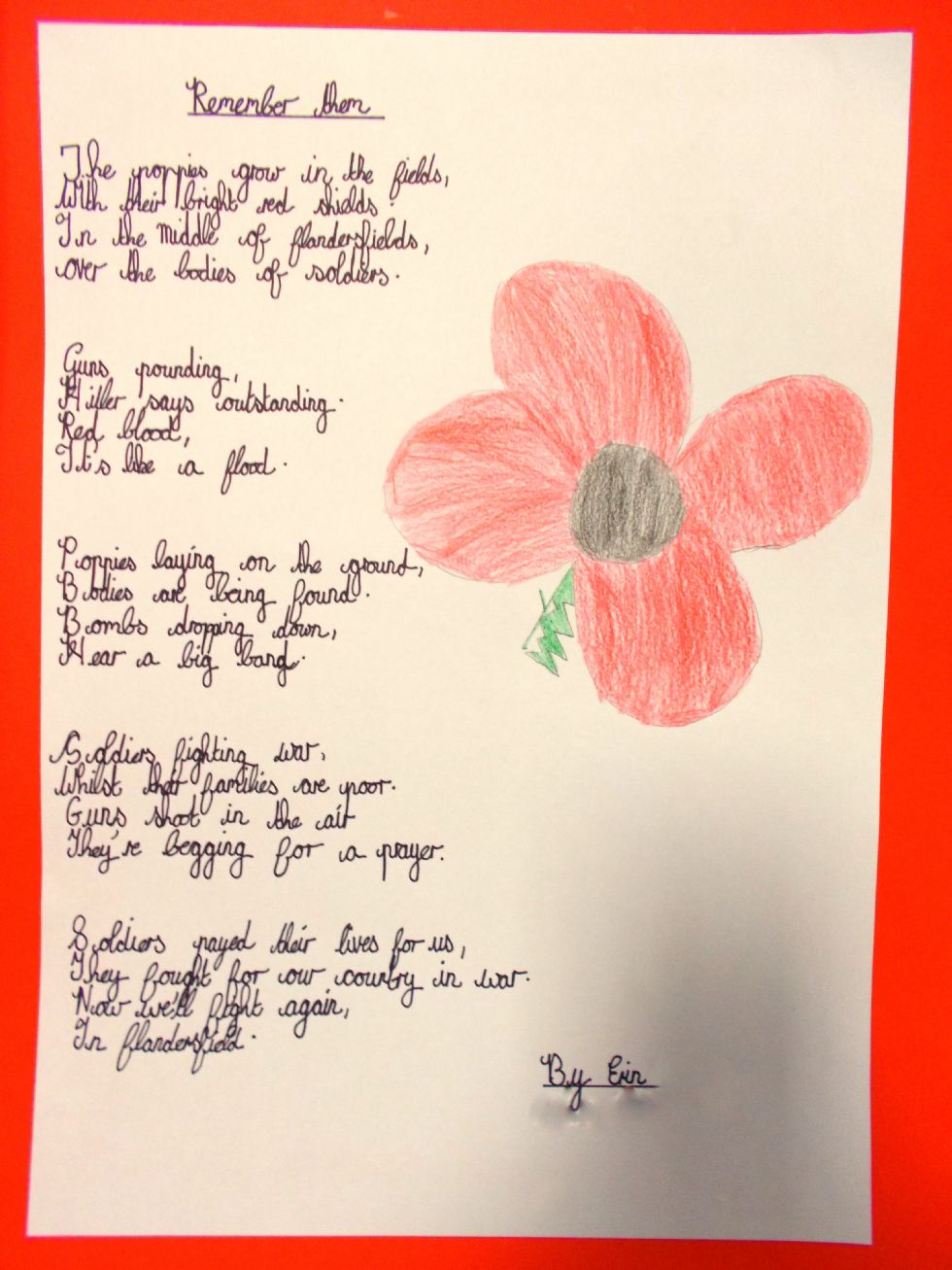 In Flanders field they stand,

That’s where they stand row by row,

To show love not just for the ones that have falling,

But for the ones who have lived on,

Of the eleventh day,

Of the eleventh month

Because that is when they risked their lives,

So wear a poppy today.

The mums who lost their sons,

So wear a poppy today. 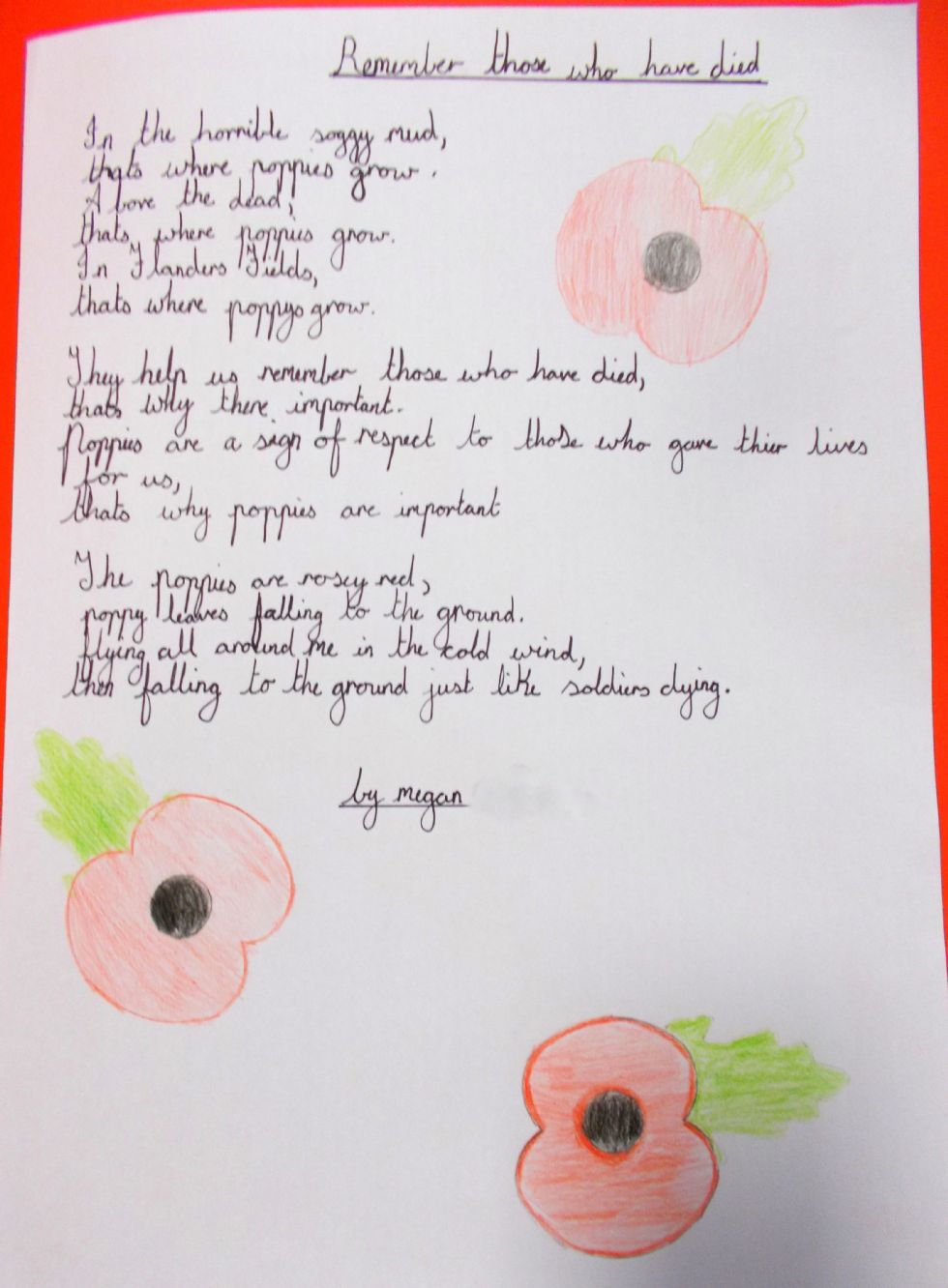 They grow in Flanders fields

You see people wear them

Soldiers fought for our country

They didn’t deserve to die.

I feel so gloomy

When I think of Flanders fields.

I see the soldiers

The war is over

And now war is over.

So we thank the soldiers that give their lives

To keep us alive

R.I.P to all the soldiers 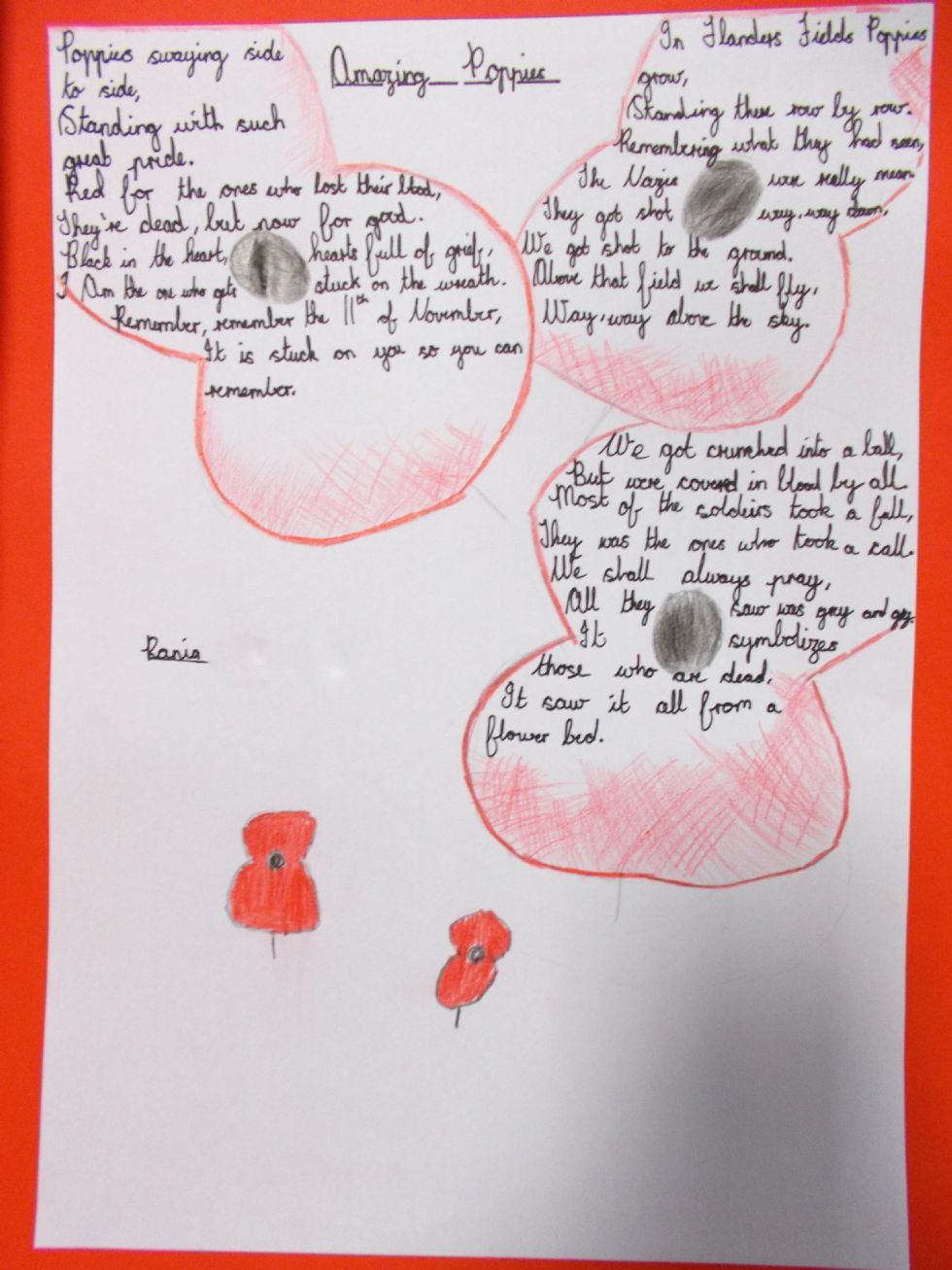 The poppies grew in the fields of France,

In the wind they seem to dance.

Prancing through the fields of France;

The soldiers aren’t in the mood to dance.

Danger’s lurking round the corner,

I wonder why he loved to choose.

WW2 was started by Hitler,

I wonder why he was really so bitter? 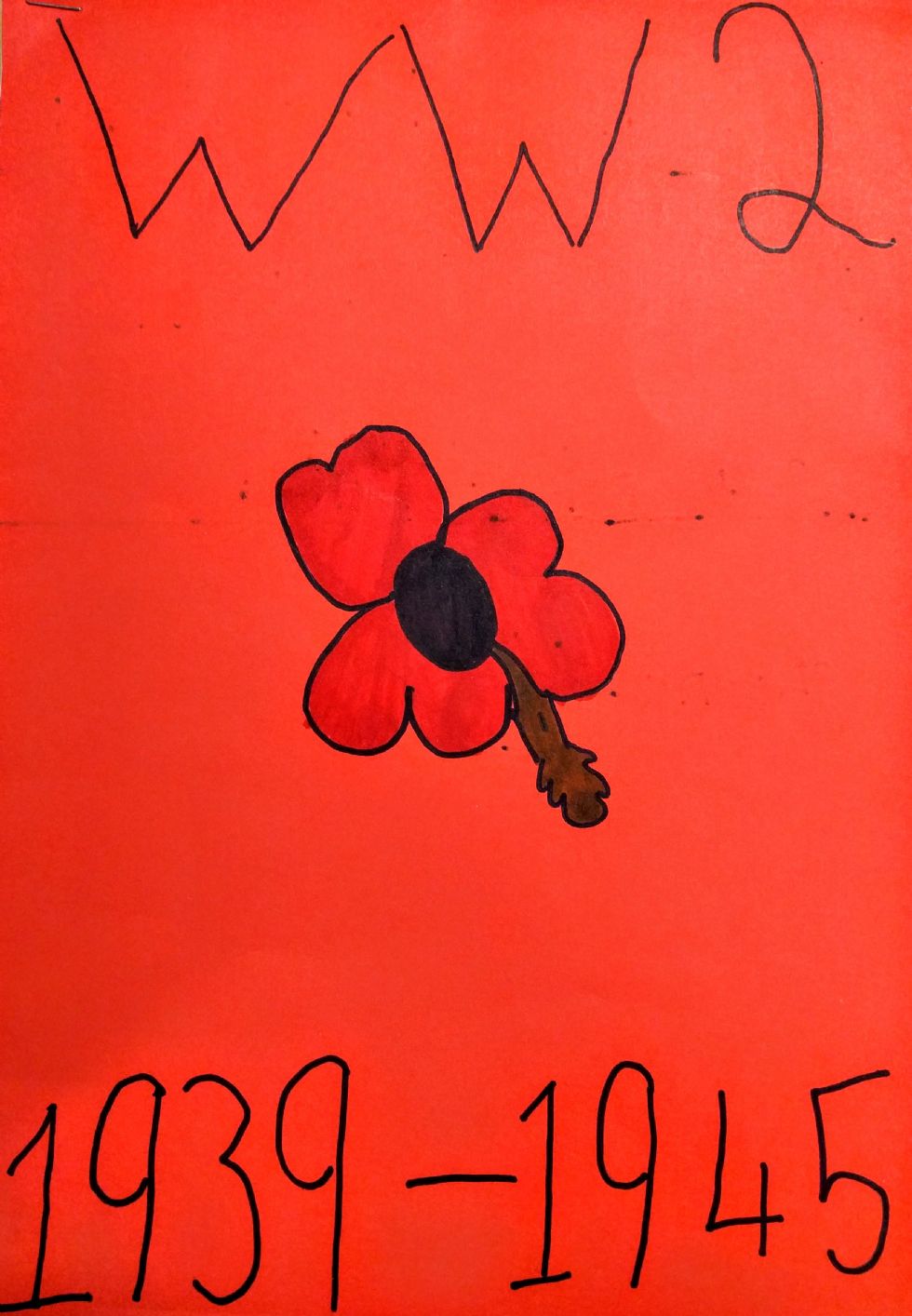