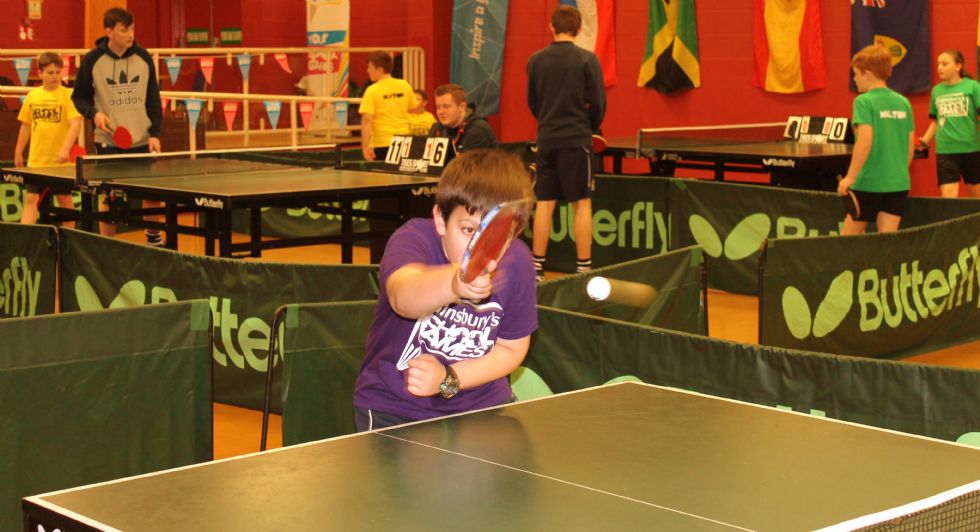 The team comprising of pupils from yr 5 & yr 6 played brilliantly throughout the day, testing their TT skills against 8 other Zone winners. St Johns were defeated only once during the tournament by the eventual winners. Well done to all the pupils who took part. 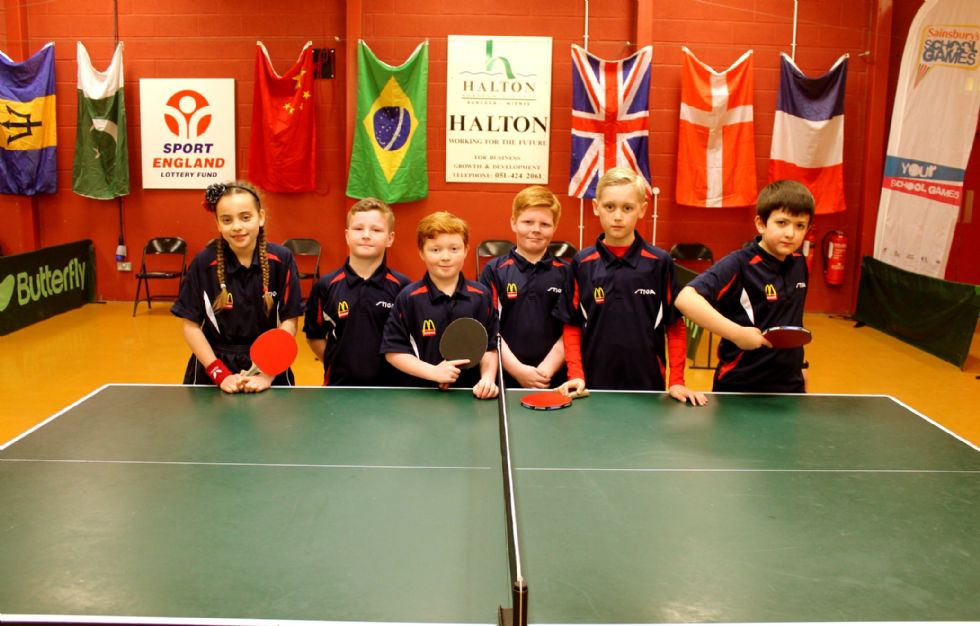 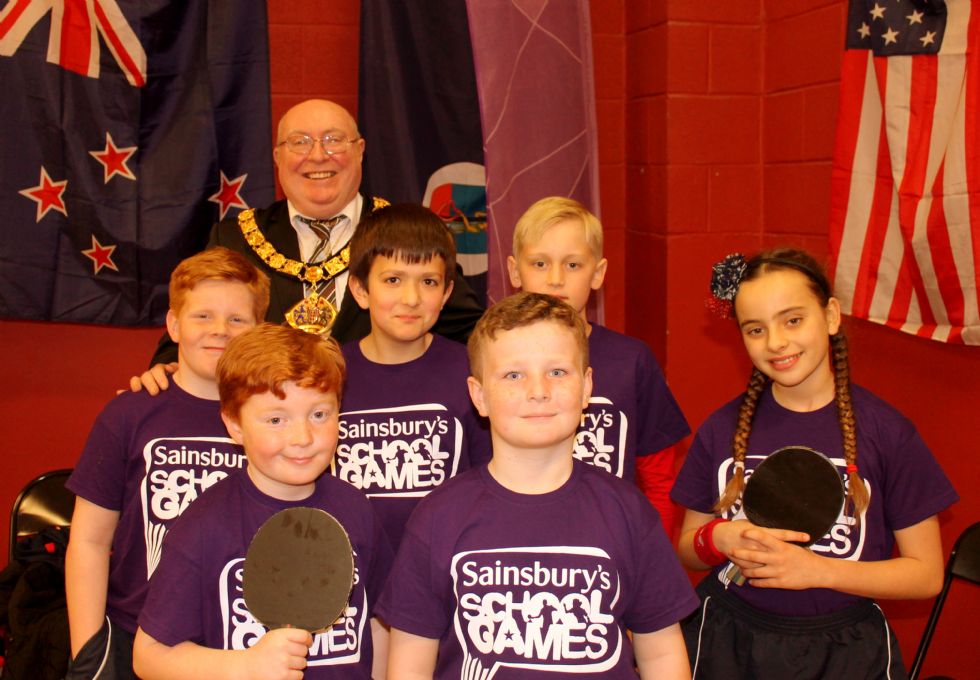 The Lord Mayor of Cheshire is honoured to meet the St Johns team. 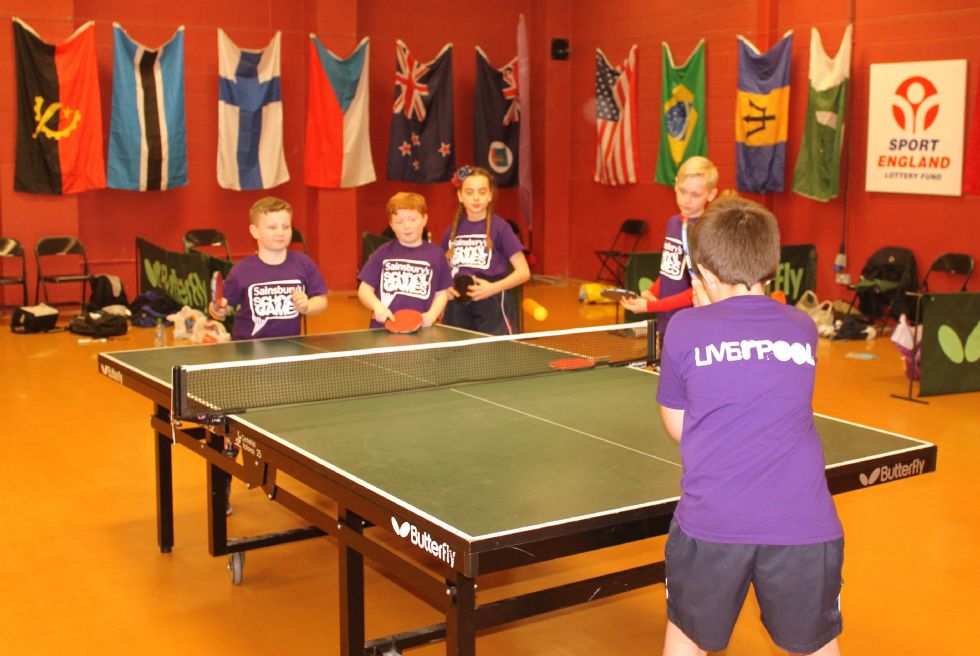 The team 'warm up' playing 'around the World' 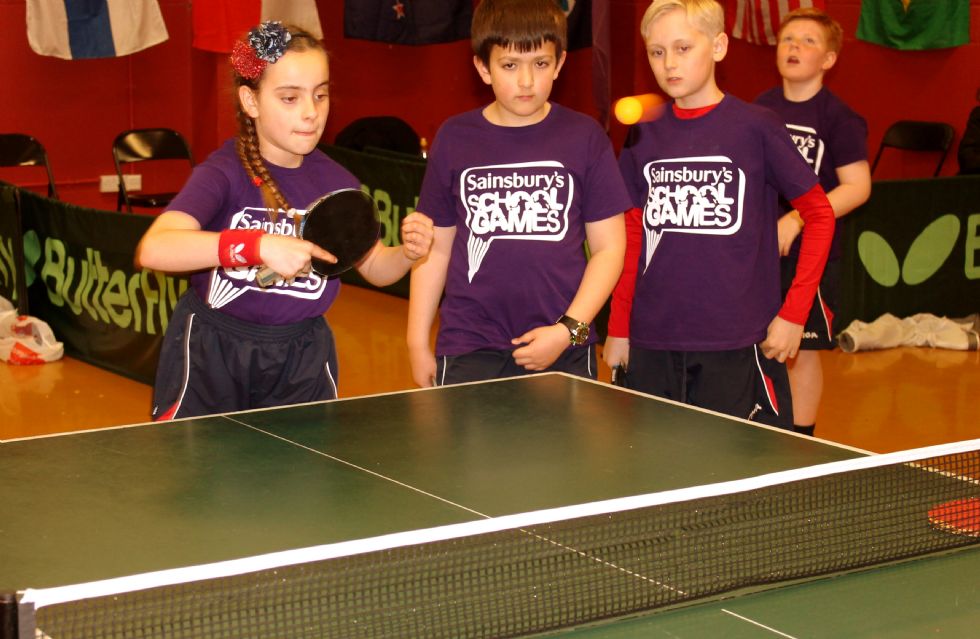 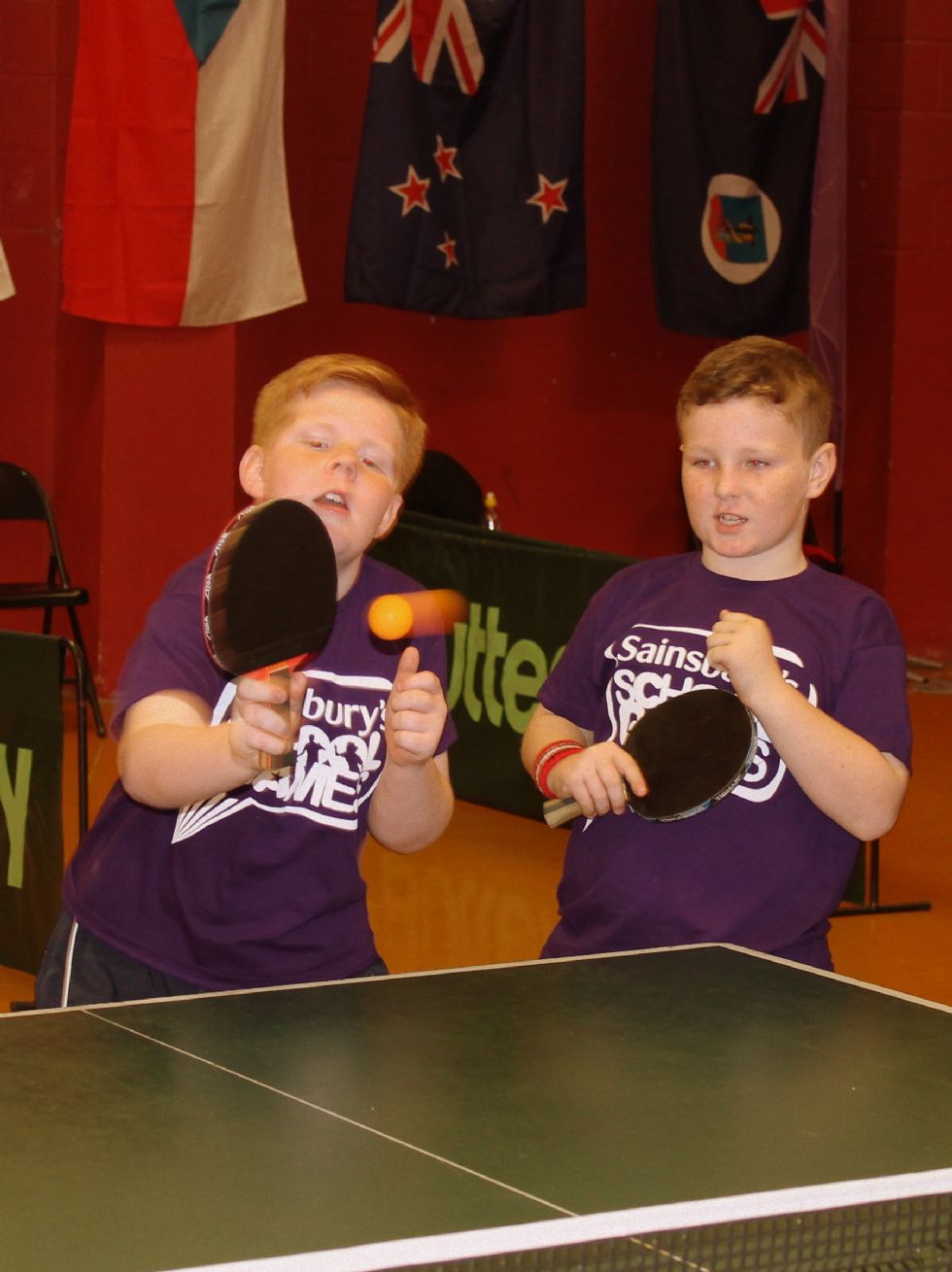 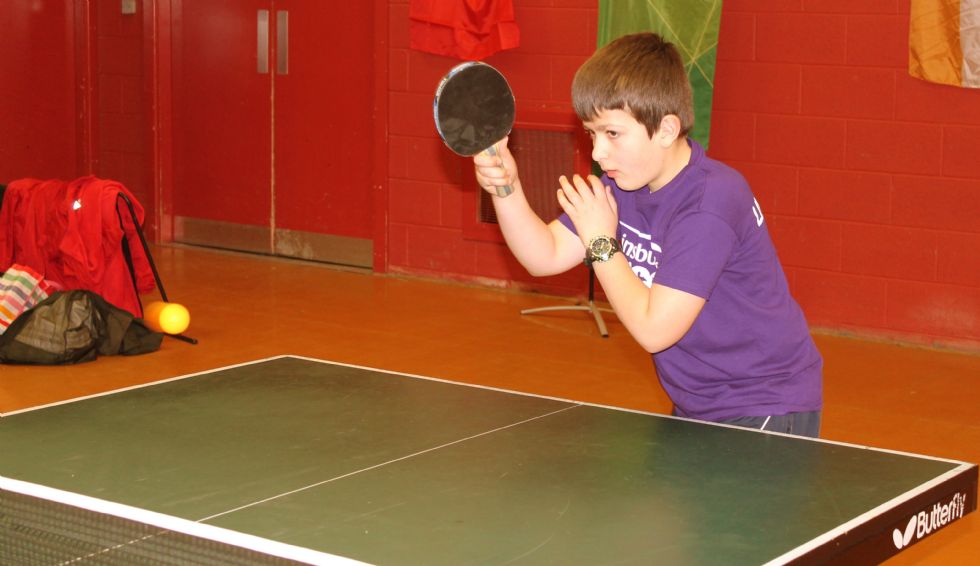 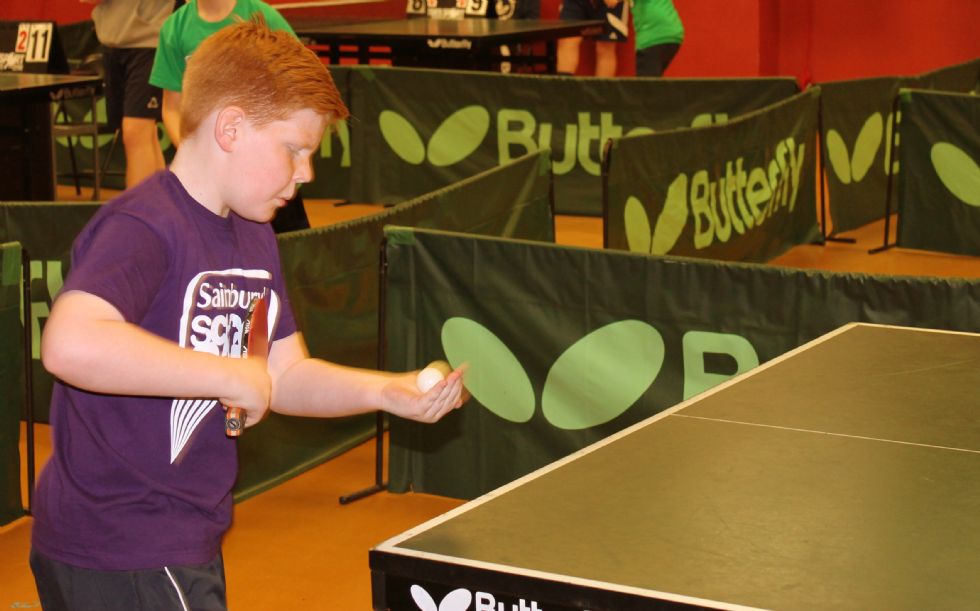 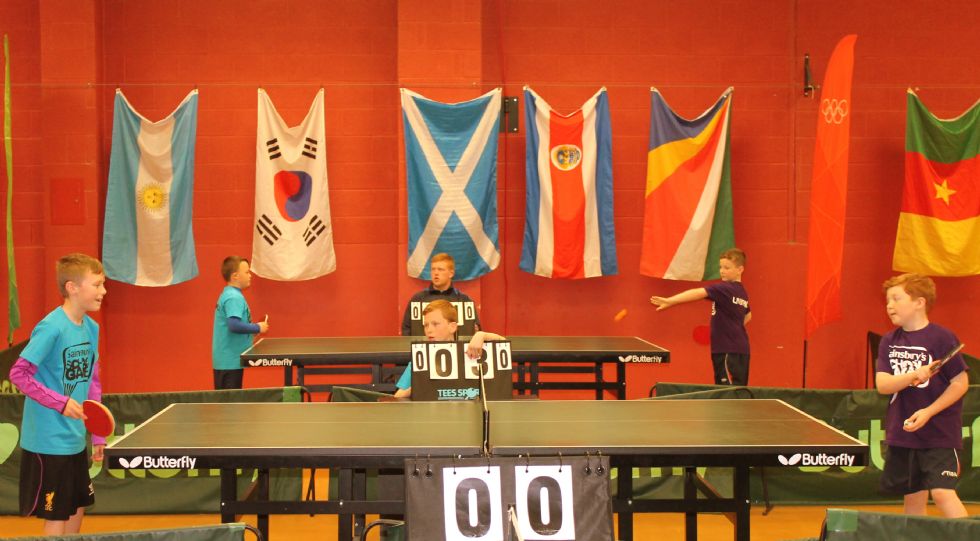 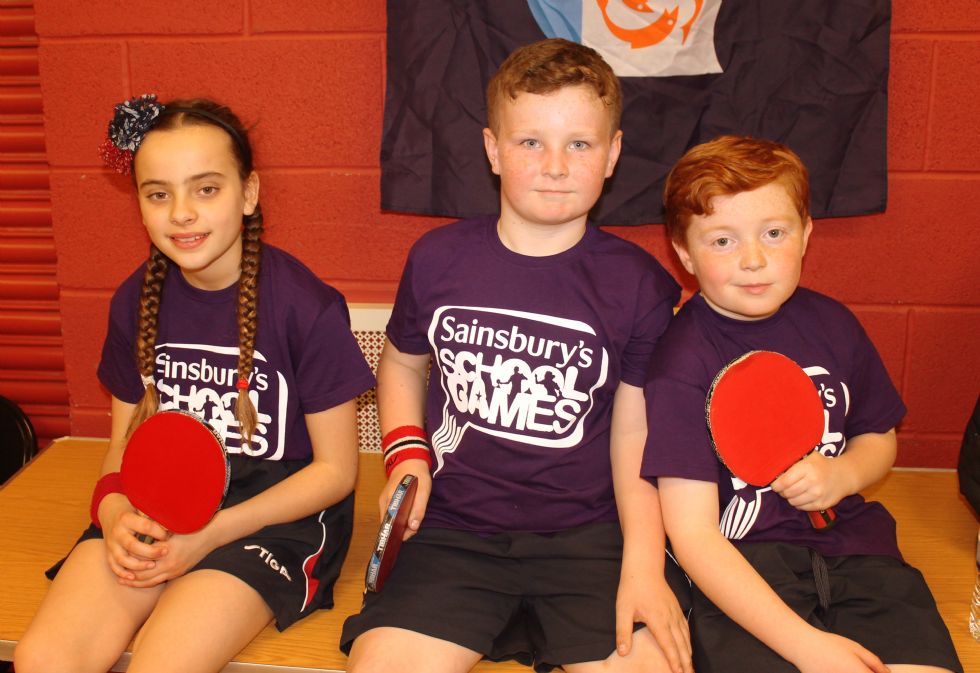 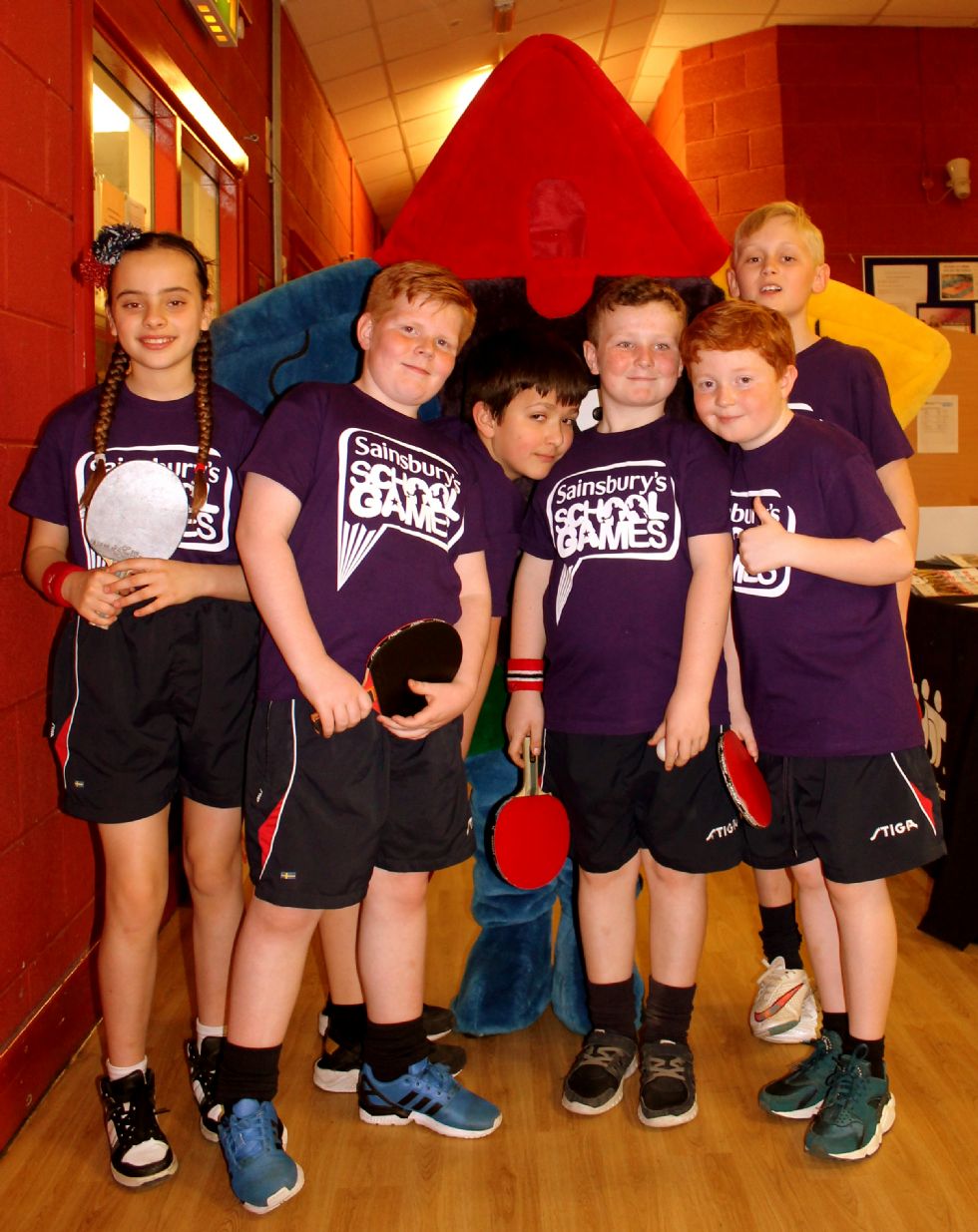 The team meet the LSSP mascot. 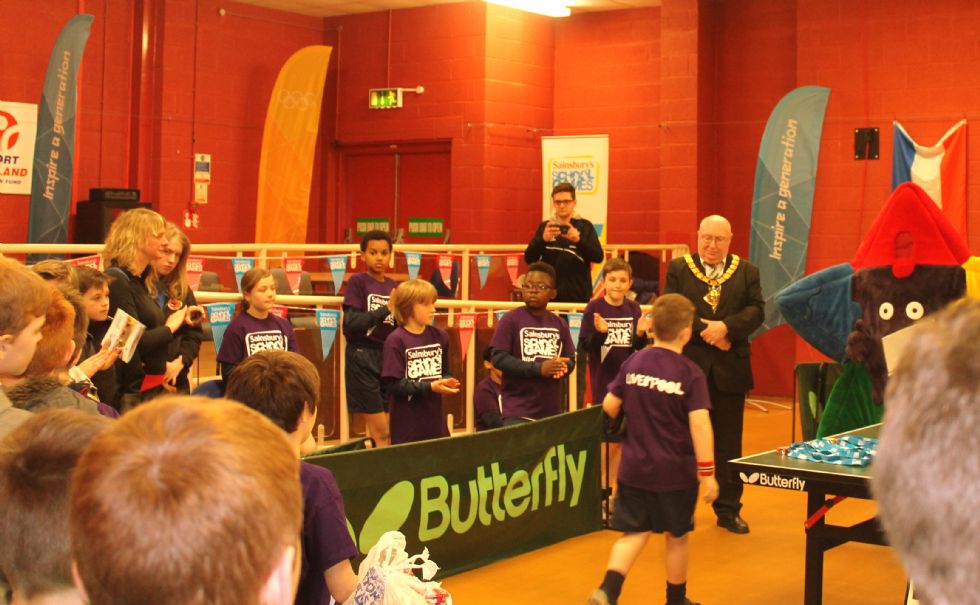 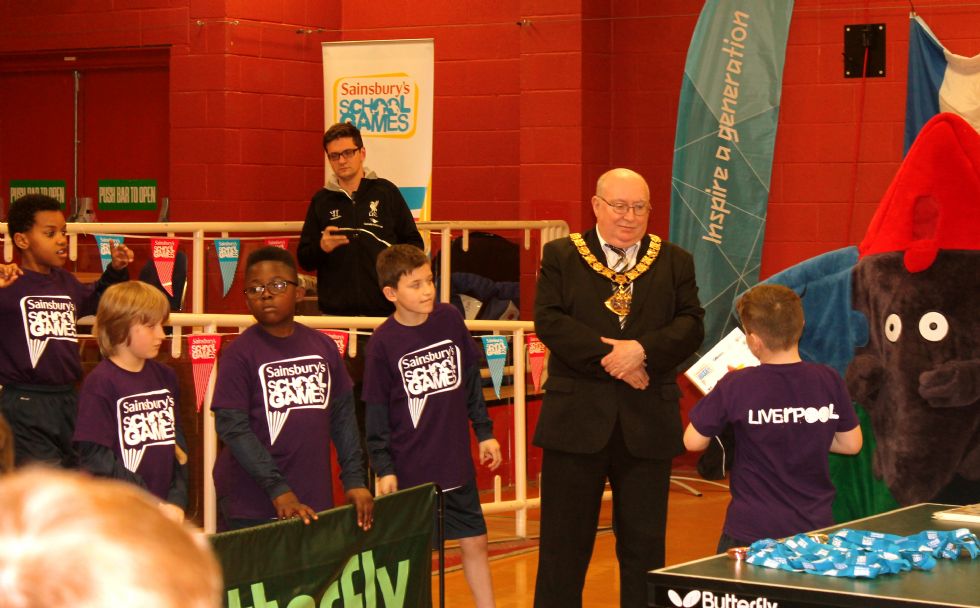 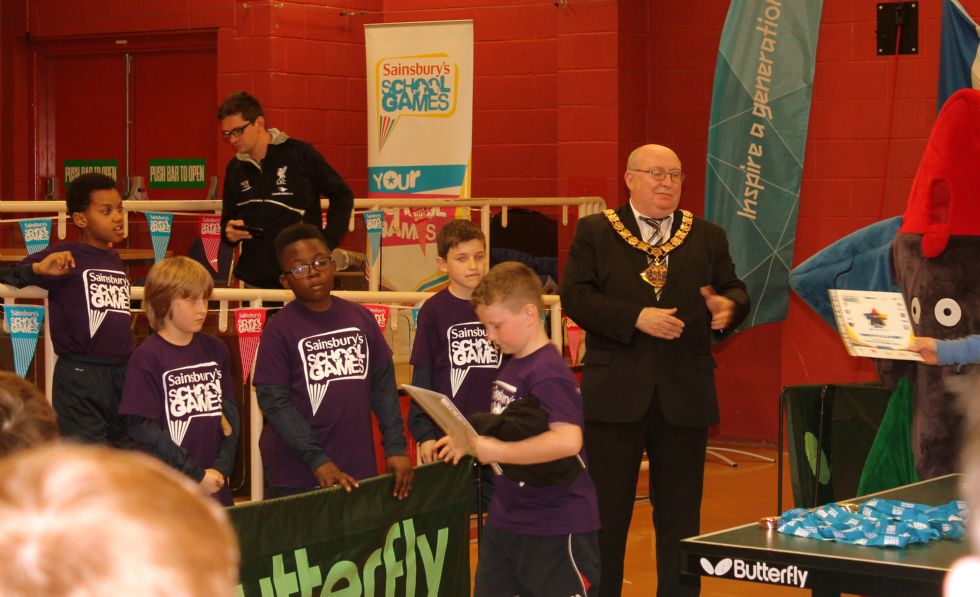