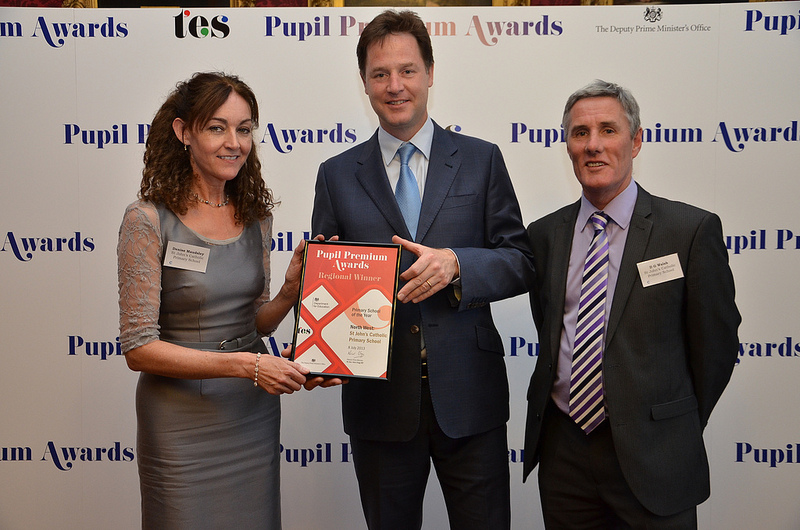 The award sponsored by the TES was awarded to schools which had clearly demonstrated their effective use of the Pupil Premium in order to raise the aspirations and achievement of children in their school.

After having been encouraged personally by Nick Clegg to submit a testimony demonstrating how the school has used their Pupil Premium and to what effect, the school was judged to be the winner for the North West Region in this, the inaugural Pupil Premium Awards.

The Chair of Governors at St John’s said, “The Governors are all very proud of the fantastic progress the pupils are making and this award is recognition of the hard work, skills and dedication of all the staff at St John’s.”