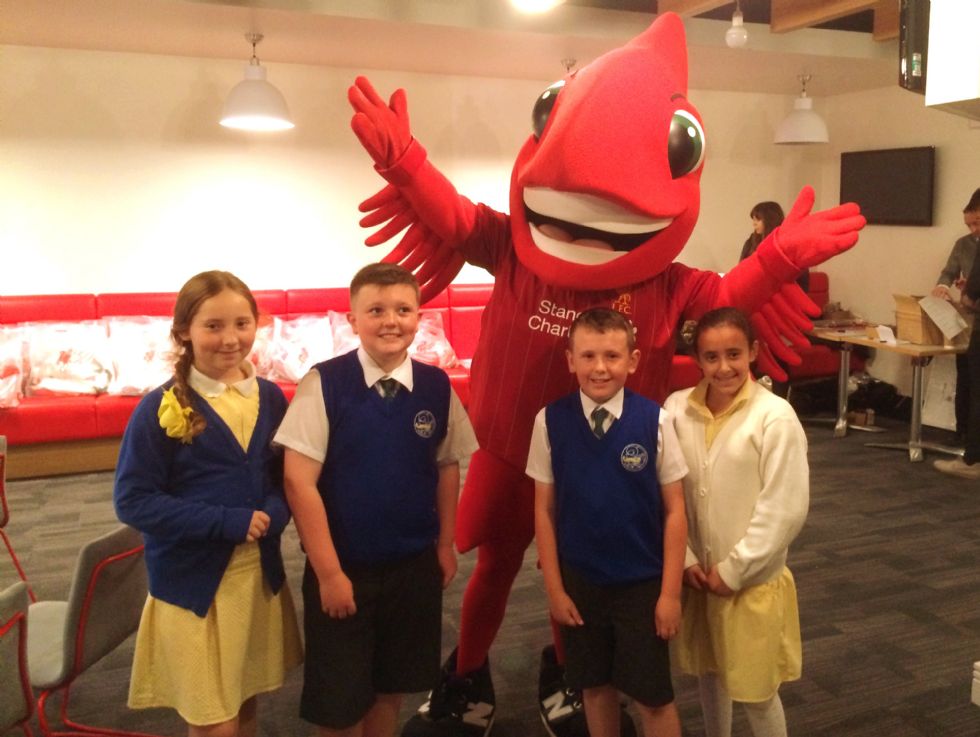 St John's has been included in Liverpool FC's ‘Red Neighbours’ community programme, one of the aims of the programmed is to create memorable experiences for young people and the school are given tickets for four Liverpool home games.

We chose 4 children who we think are good role models in our school to go to Anfield. The children attended with the other schools to take part in a ‘Champions League’ style draw to find out which matches our children will get to go and see next season at Anfield.

As an added treat the children got to meet and have their photo taken with Joël Matip.

The children really enjoyed themselves and were happy with the teams they pulled from the hat.

The fixtures the school will receive tickets for are; 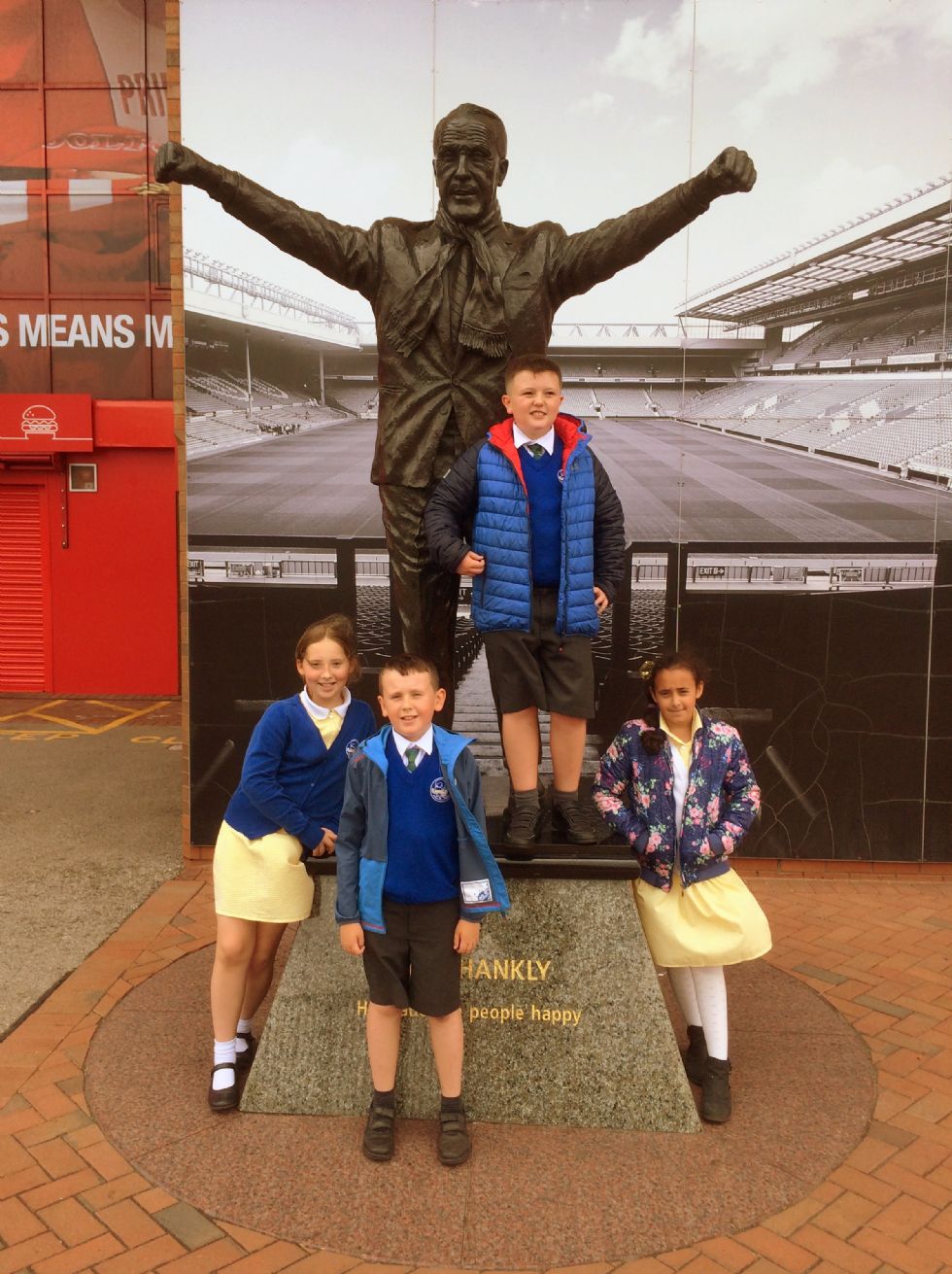 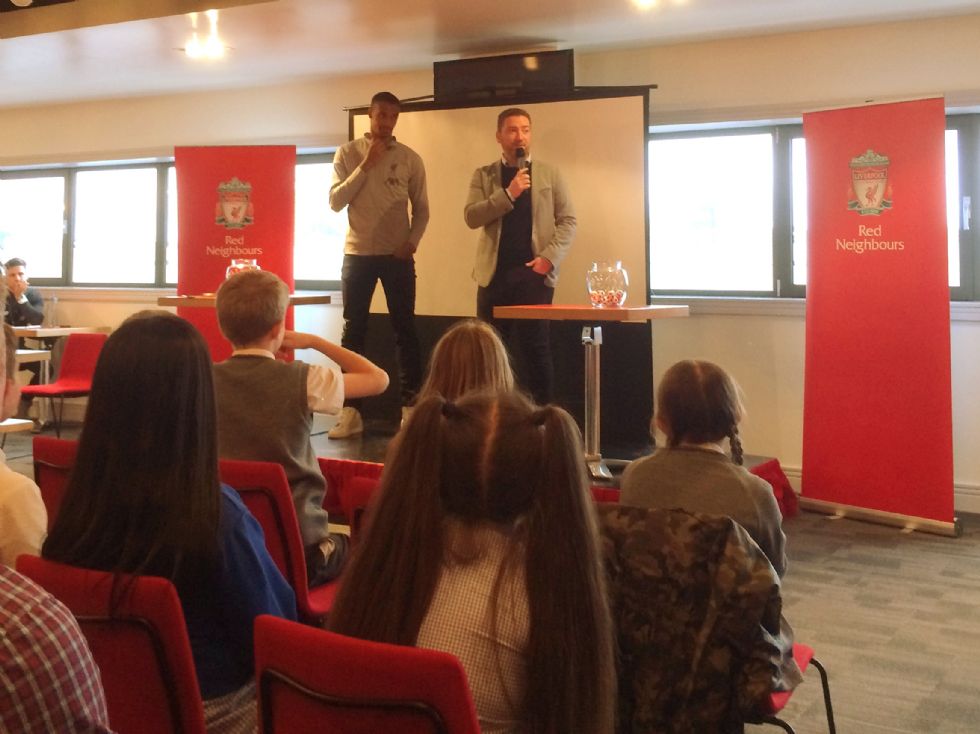 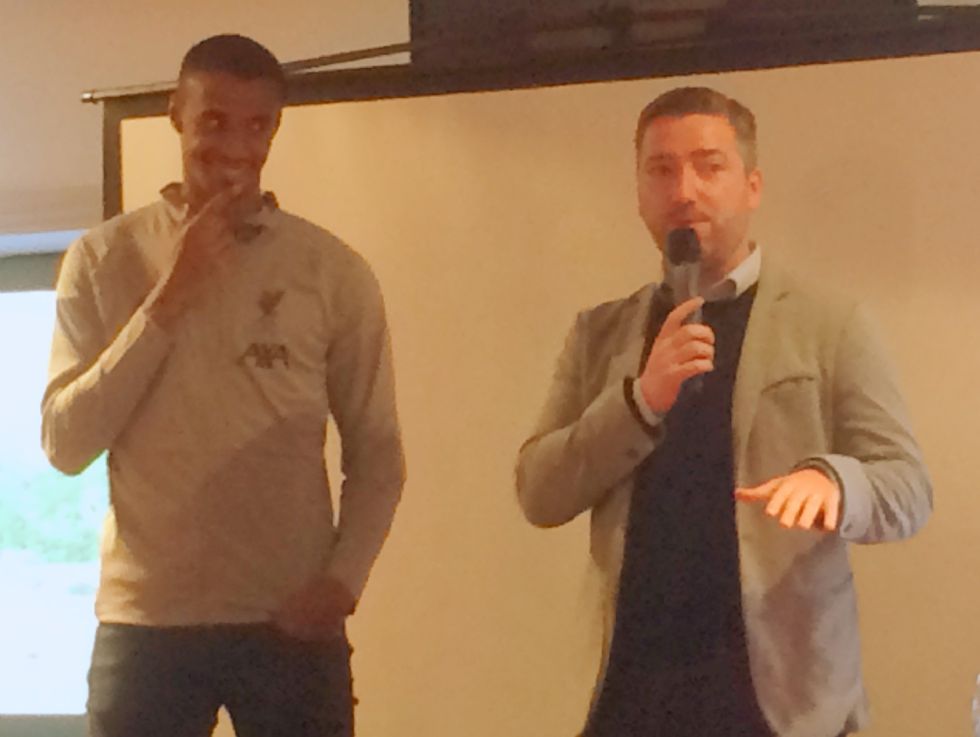 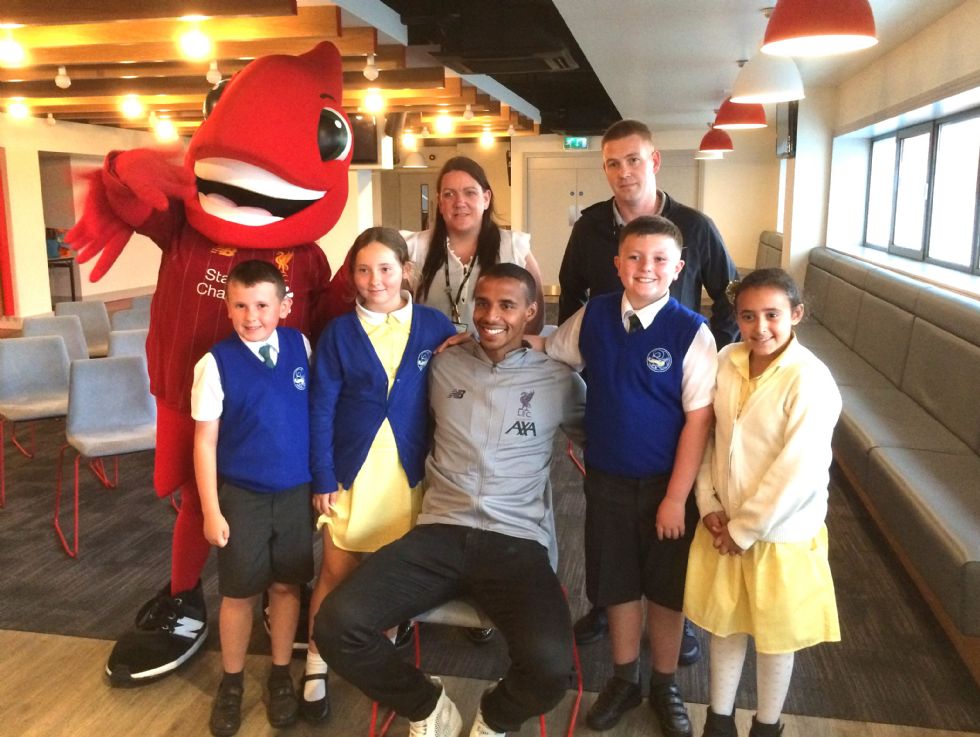 We dont have a video of the draw but Mr Williams did get some near stop go animation of the children mid draw. 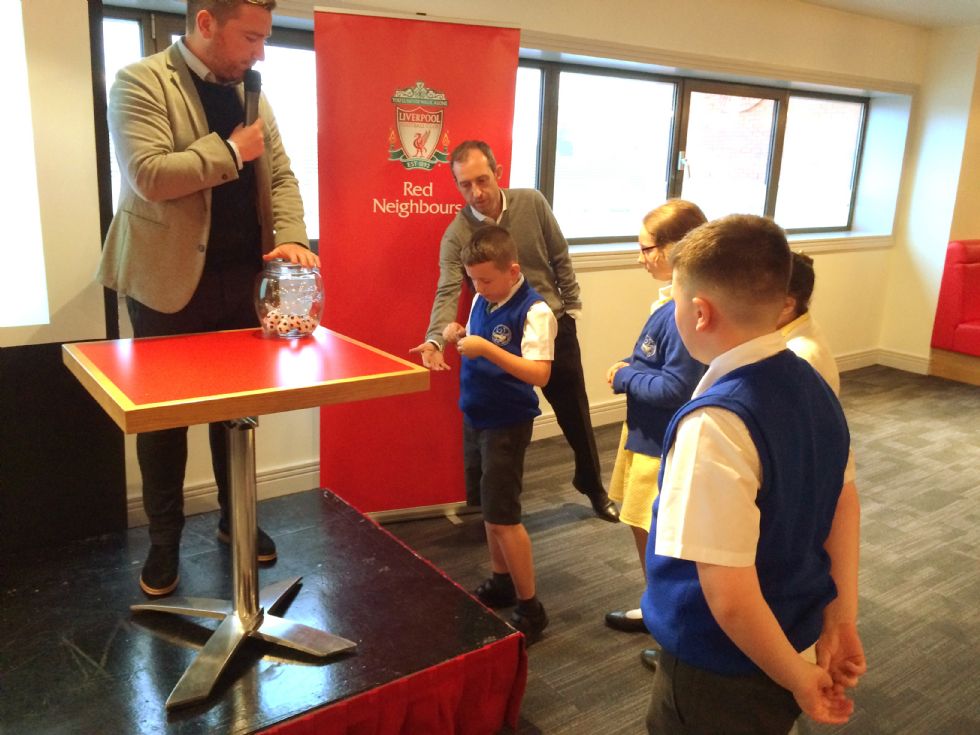 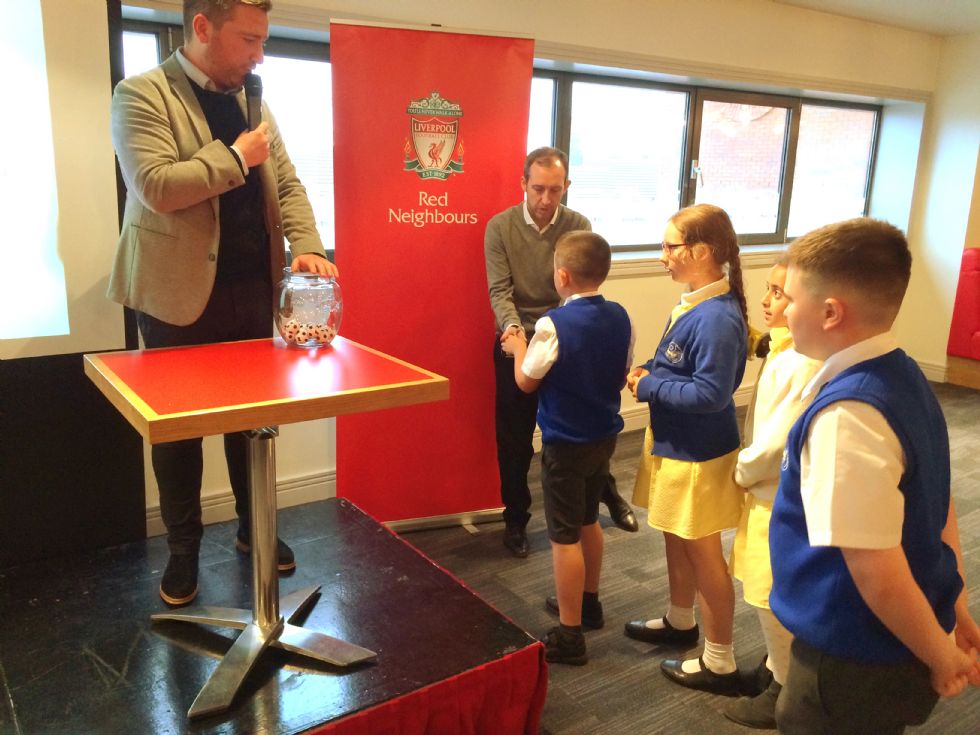 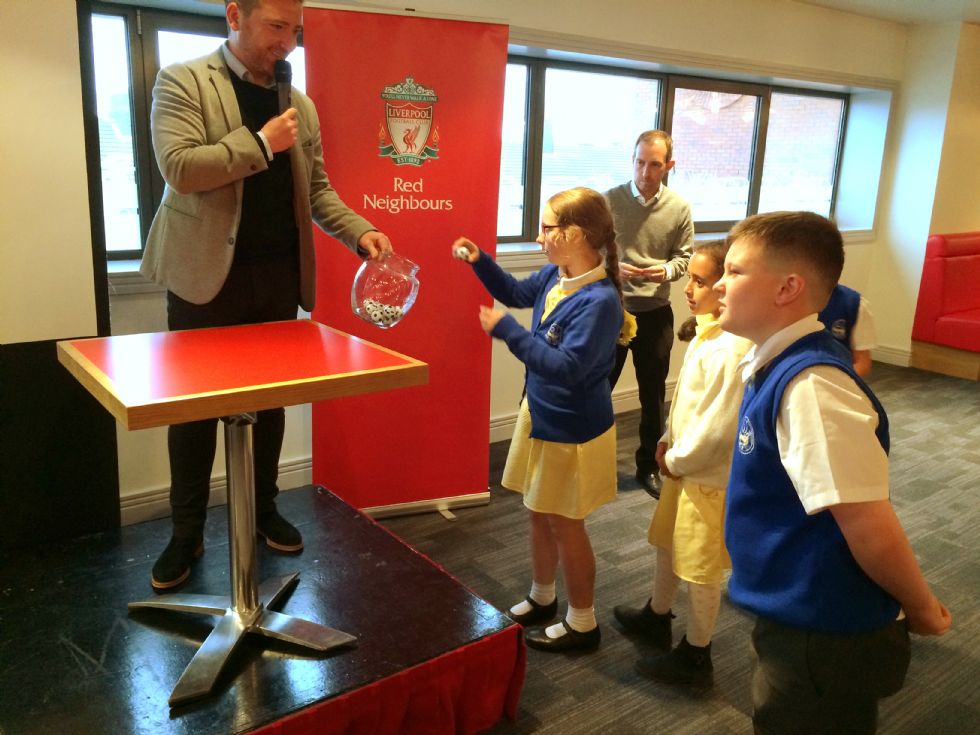 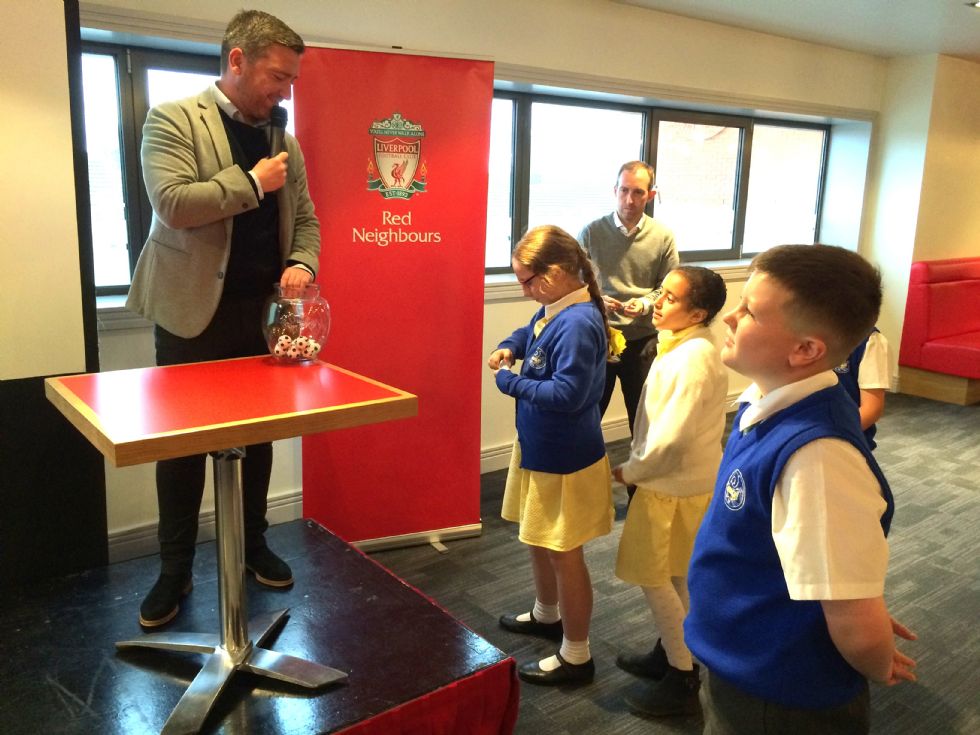 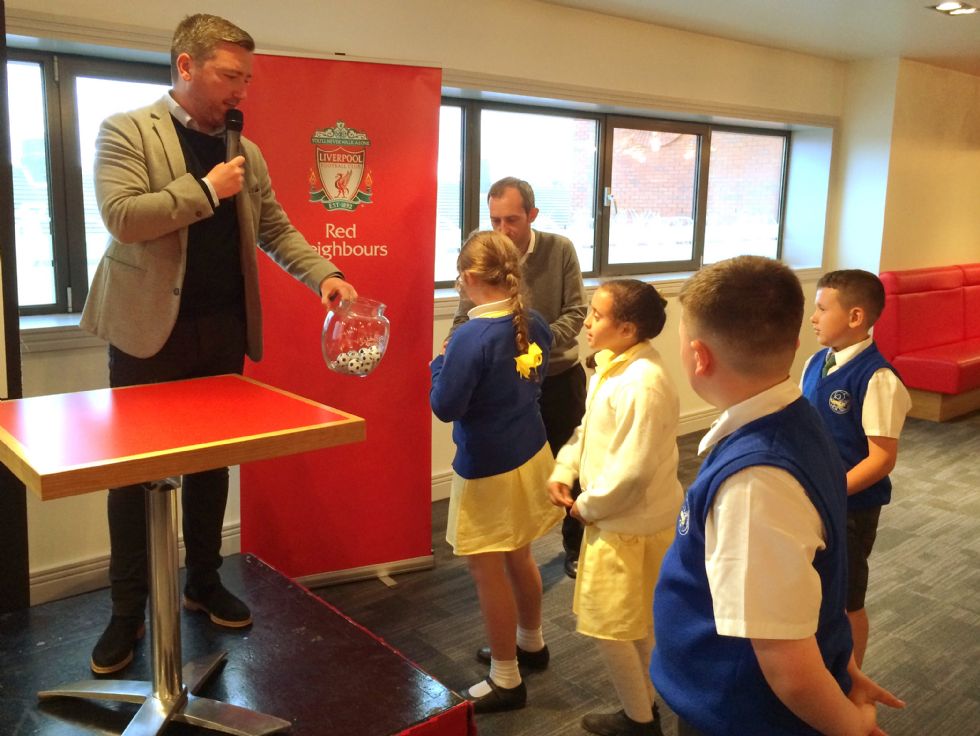 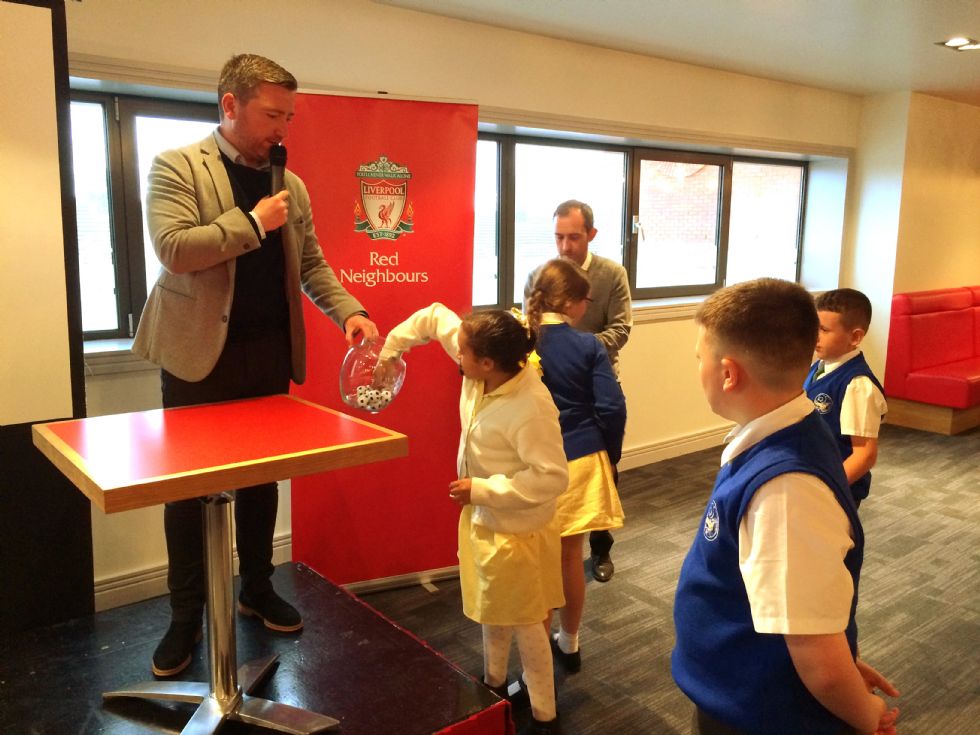 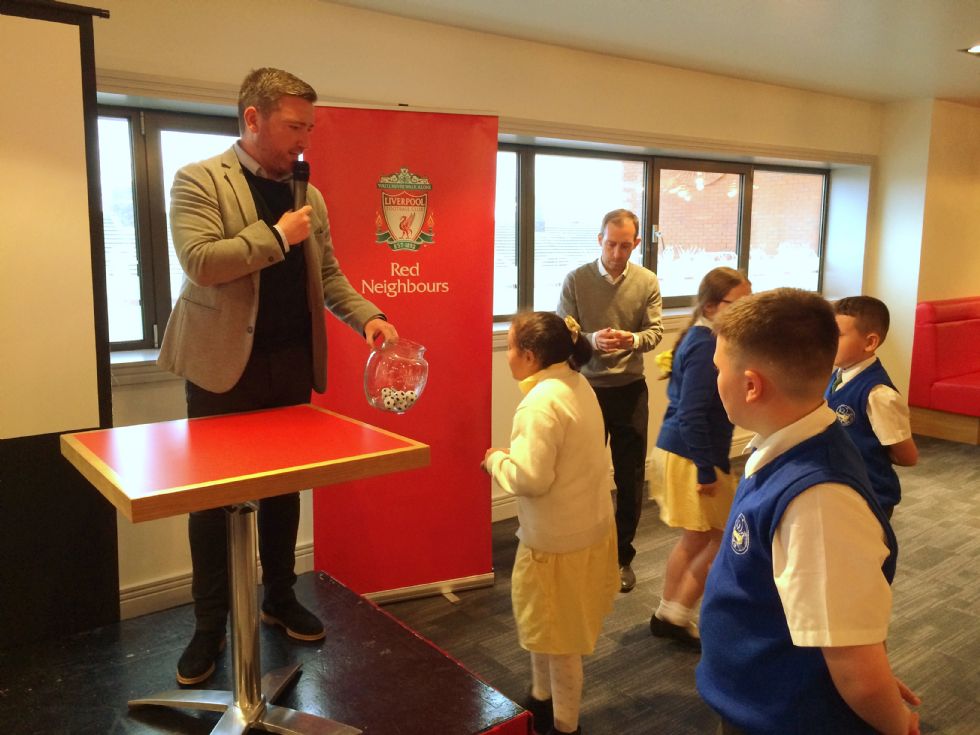 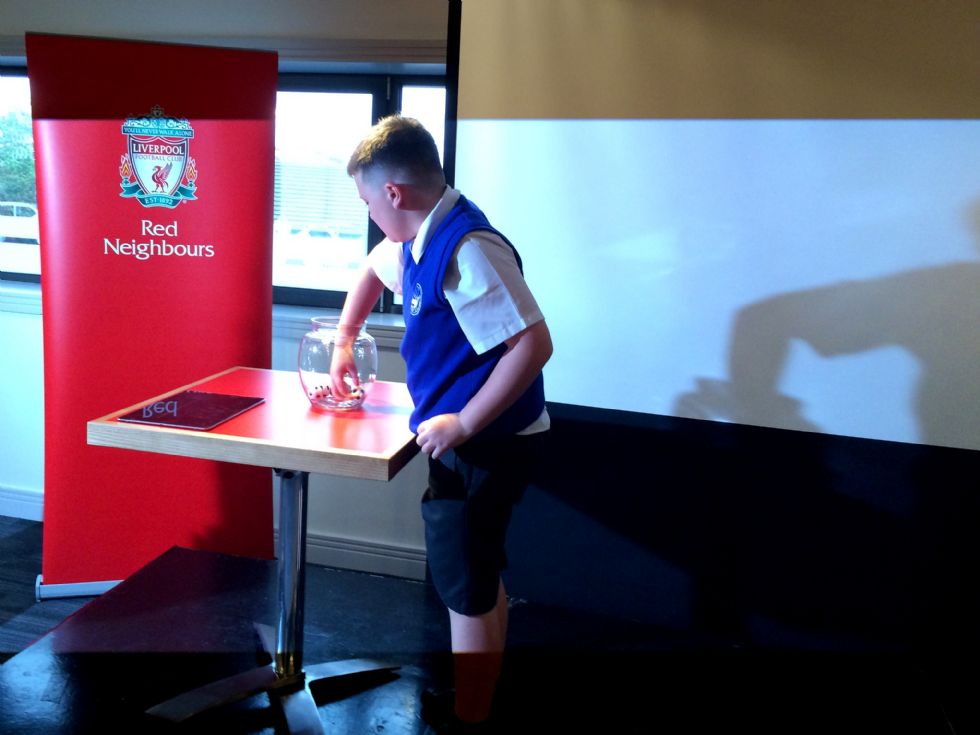 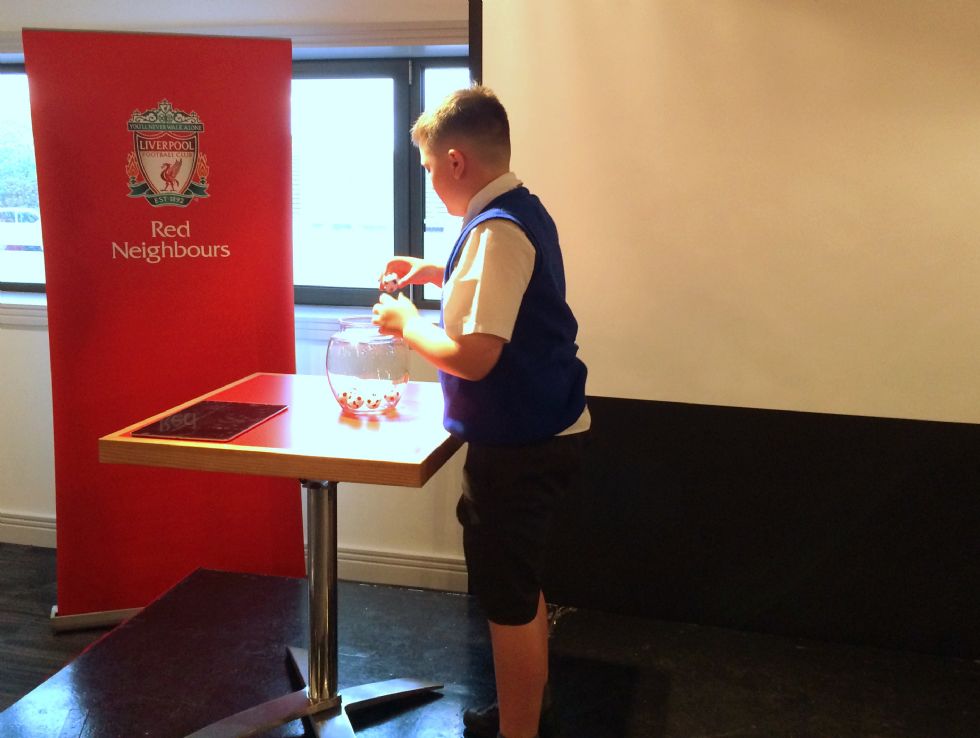 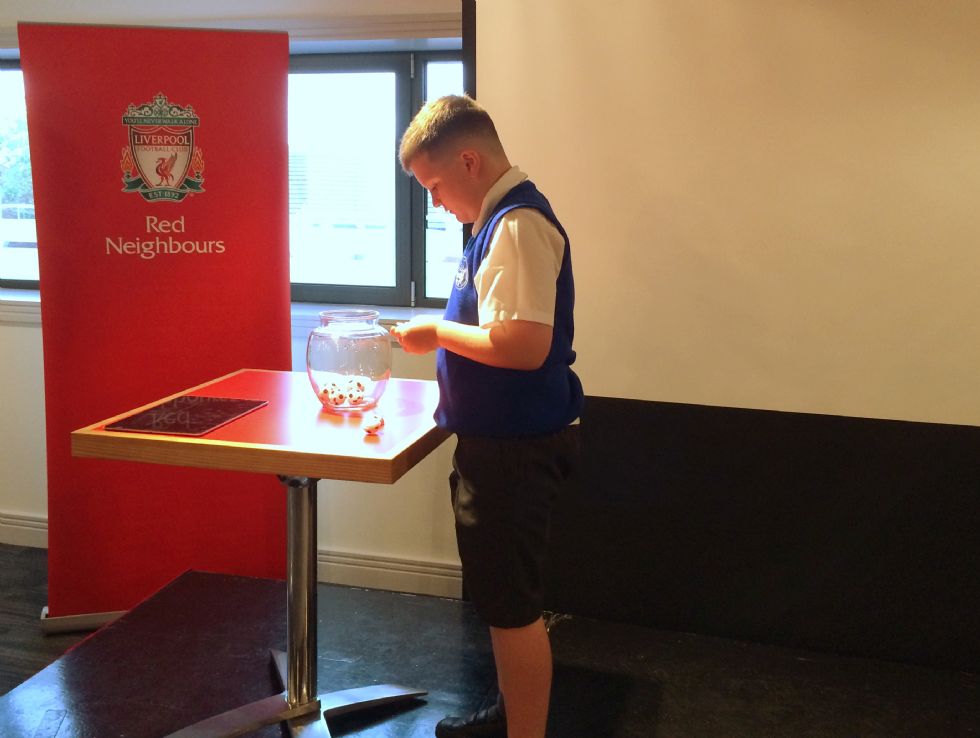 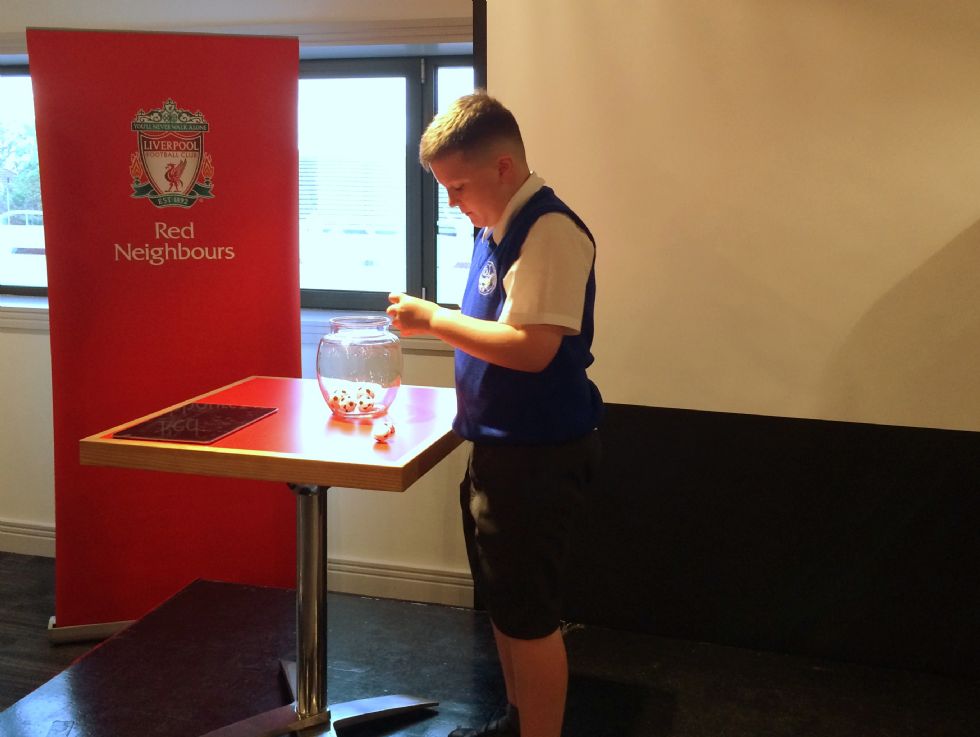