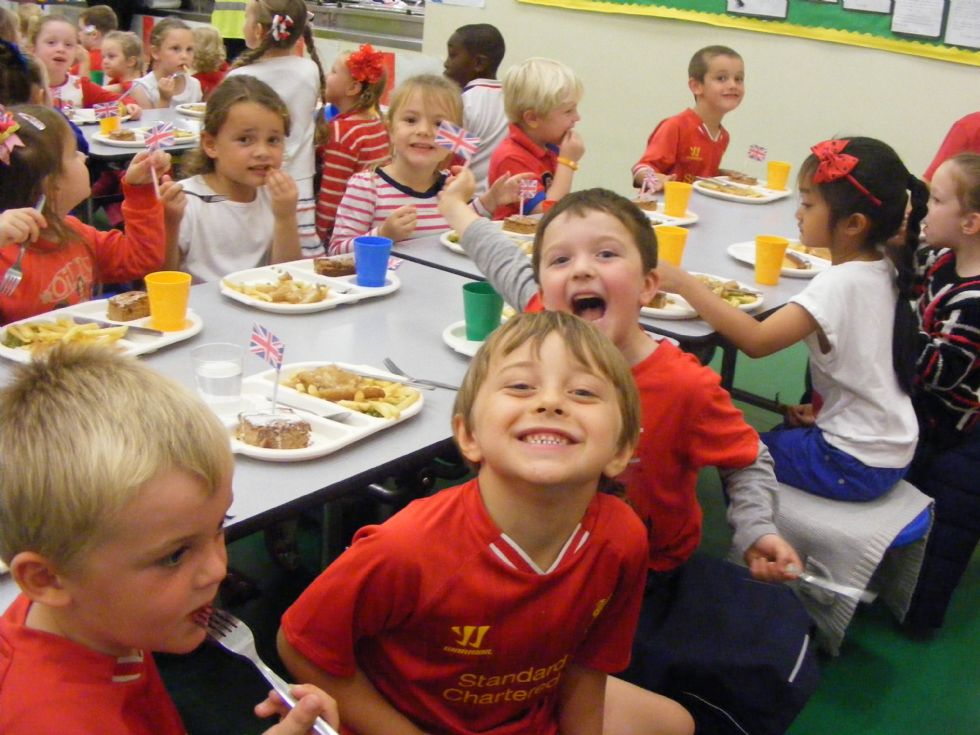 At St John’s Catholic Primary School we provide food throughout the school day for our pupils/students staff and visitors.

Our premises are regularly inspected by the Local Environmental Health Officer who uses the Food Hygiene Rating Scheme to rate the hygiene standards of our school.

The school catering company is provided by the Local Authority, and is responsible for the food provision at the school.

Our catering manager, Katy Langton is based in the school kitchen.

Please contact the school and make an appointment if you would like to discuss any allergen issues.