Autumn 2 Art Club was open to both children and their parents and carers. The club this term focused on the painting Surprised! By Henri Rousseau. 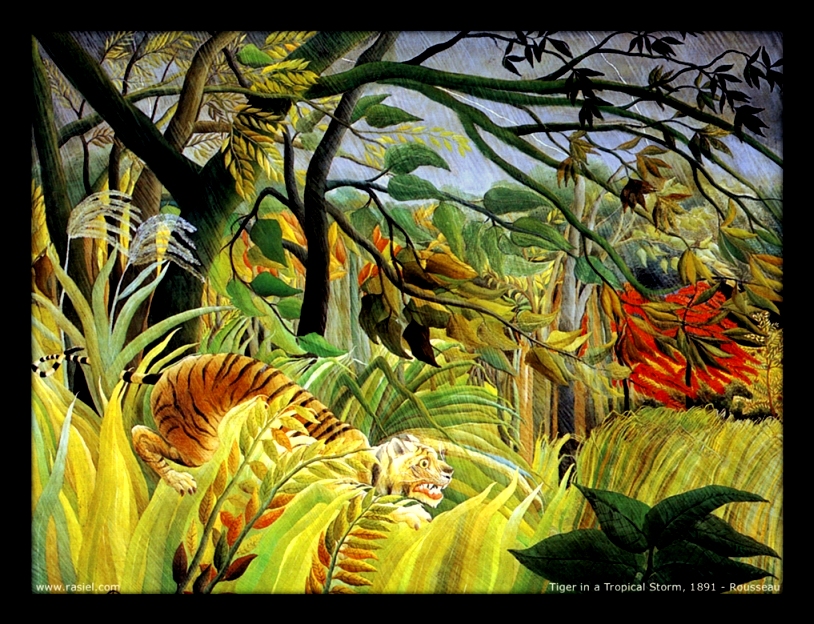 Henri Rousseau was born at Laval and first worked as an inspector at a toll station on the outskirts of Paris (1871-85). From this his popular name 'le douanier' (the customs officer) is derived. He took seriously to painting after retirement and exhibited from 1886 at the Salon des Indépendants. He is best known for his jungle fantasy pictures. 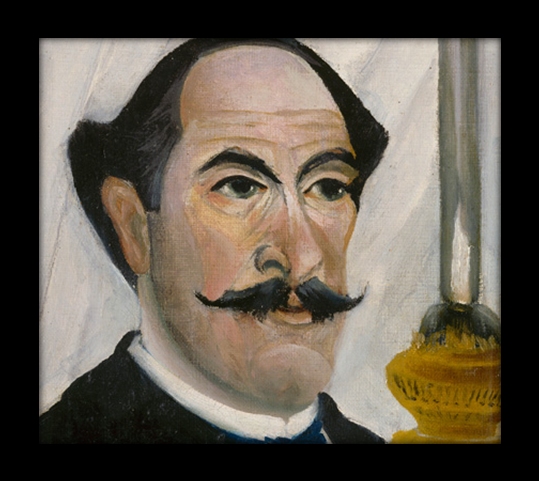 Self portrait of Henri Rousseau.

First the group had a good look at the painting we were studying and discuss the colour, patterns and images they could see. They were then given pictures of various jungle animals to draw using oil pastels. 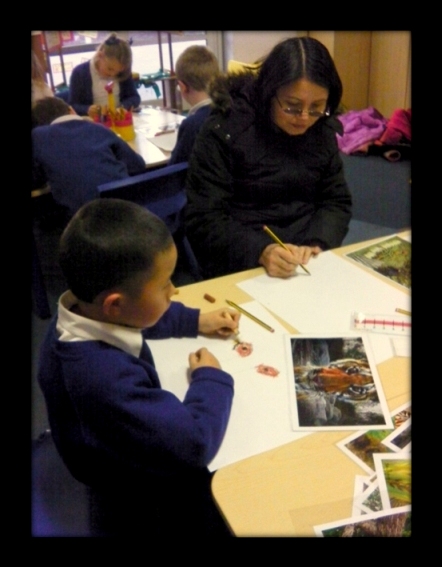 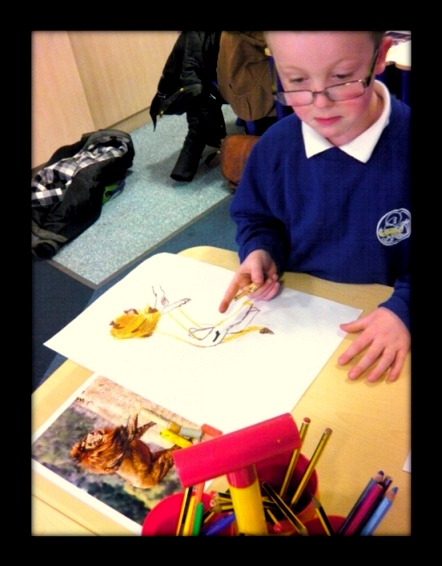 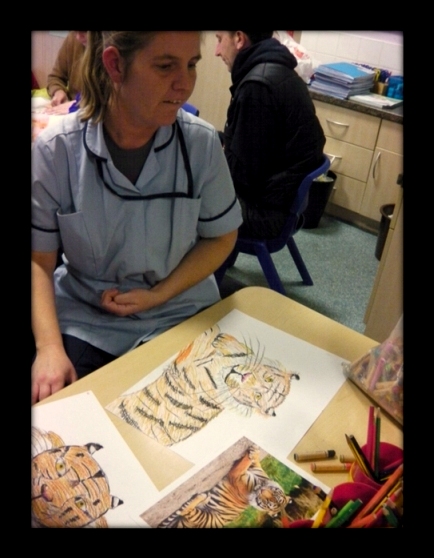 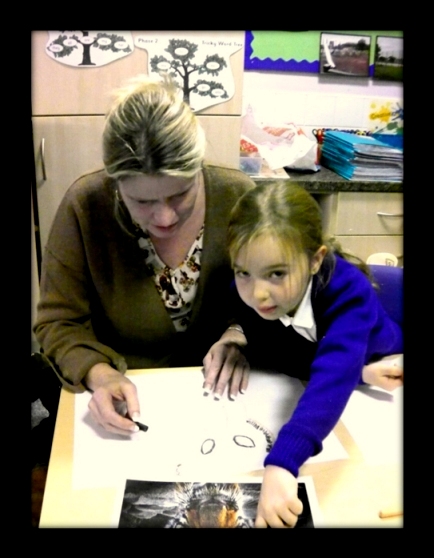 We then looked at how we were going to build up the images in our main pieces of art. We decided that we needed to orientate our paper landscape wise and that painting the background first would be the easiest way to work. We painted stormy skies using watercolour paint. 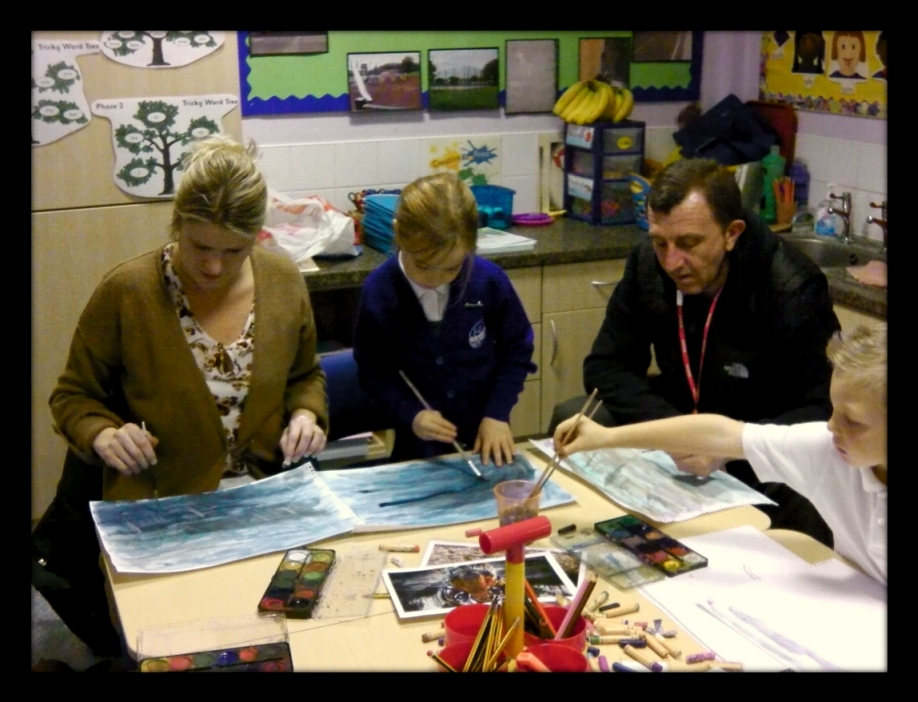 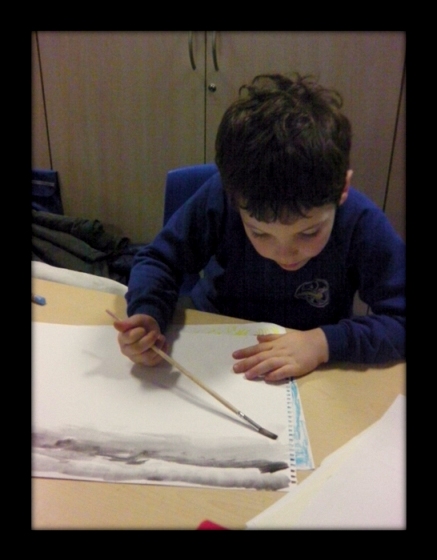 Next we drew the foliage in the background of pictures using oil pastel. 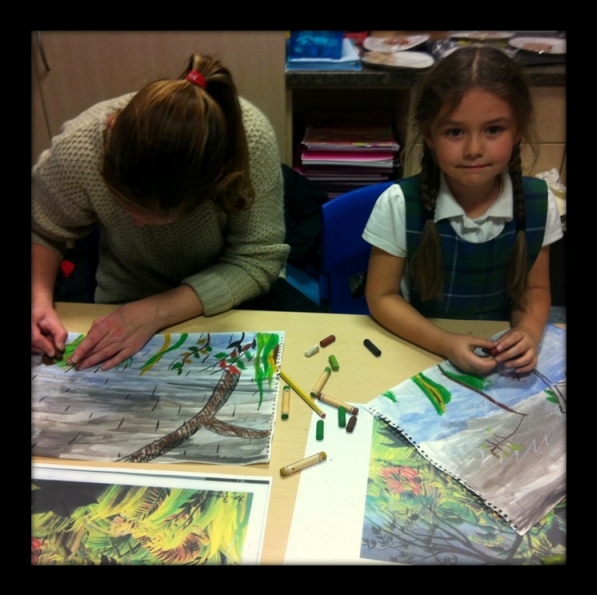 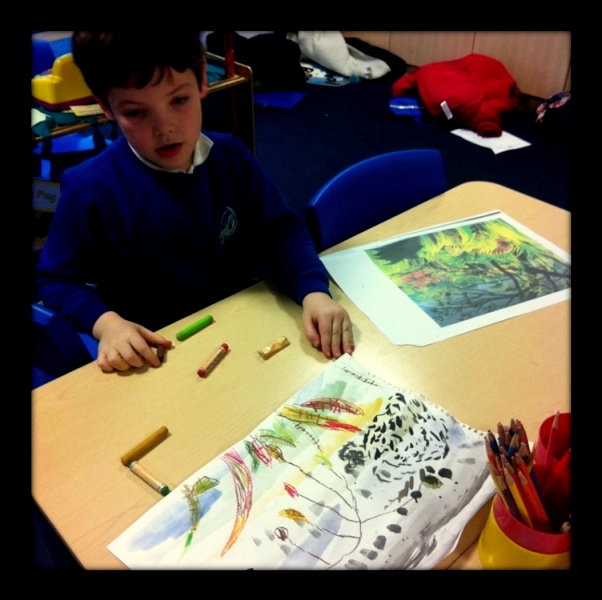 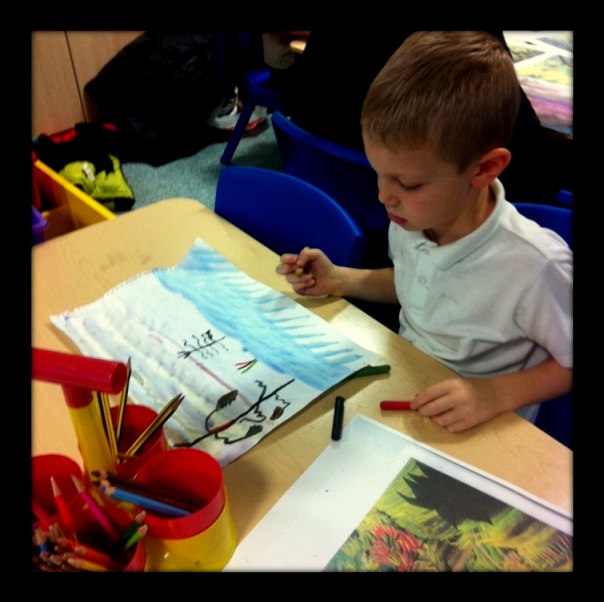 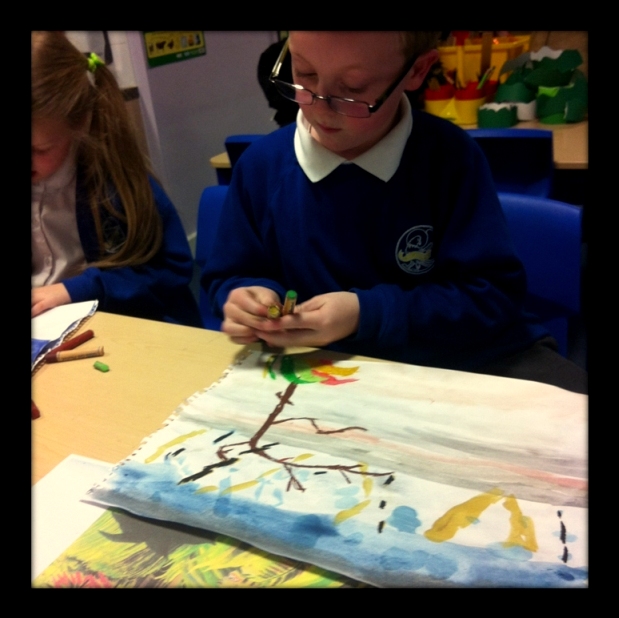 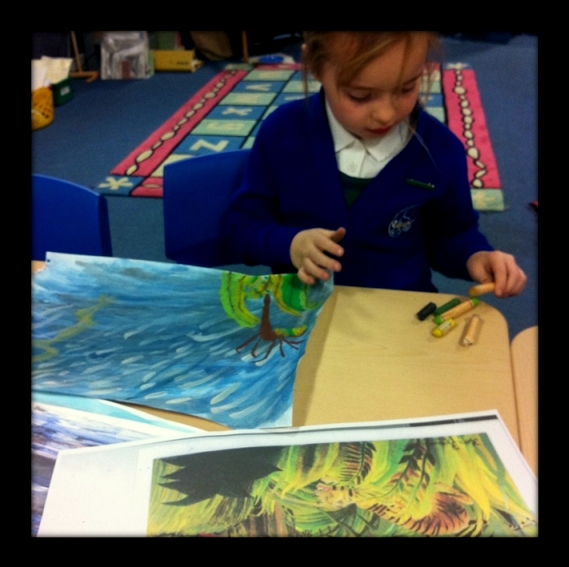 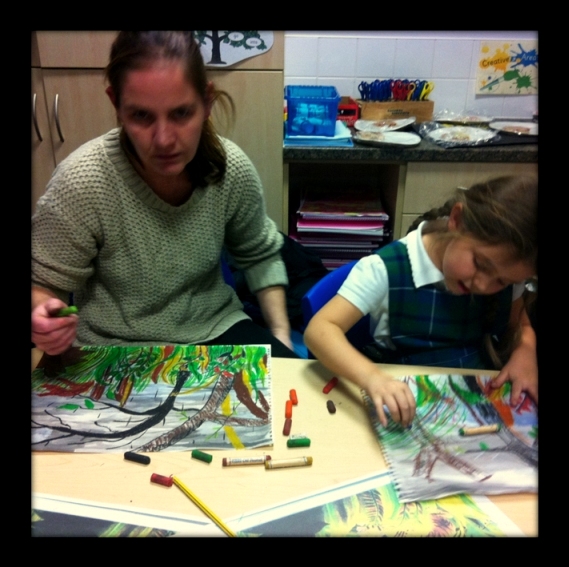 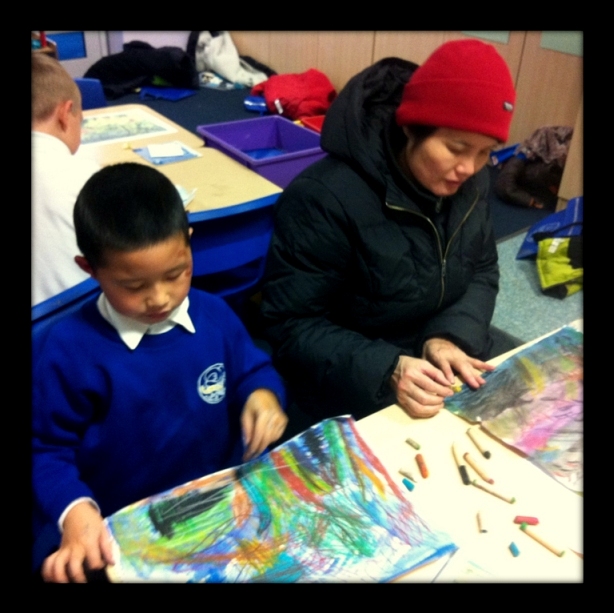 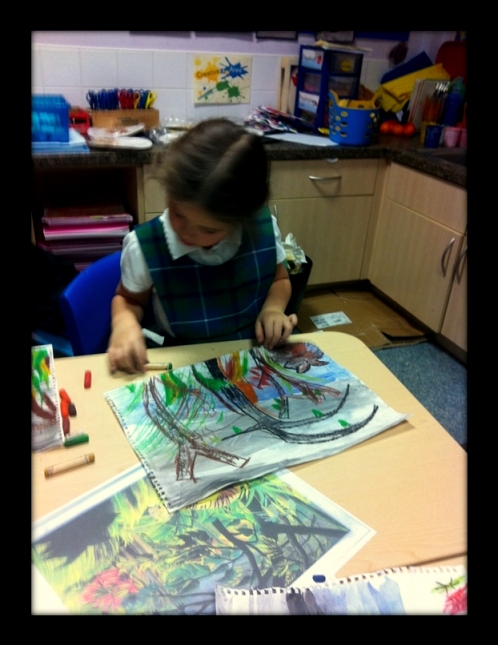 Look at our amazing finished pictures. Well done who all who came! 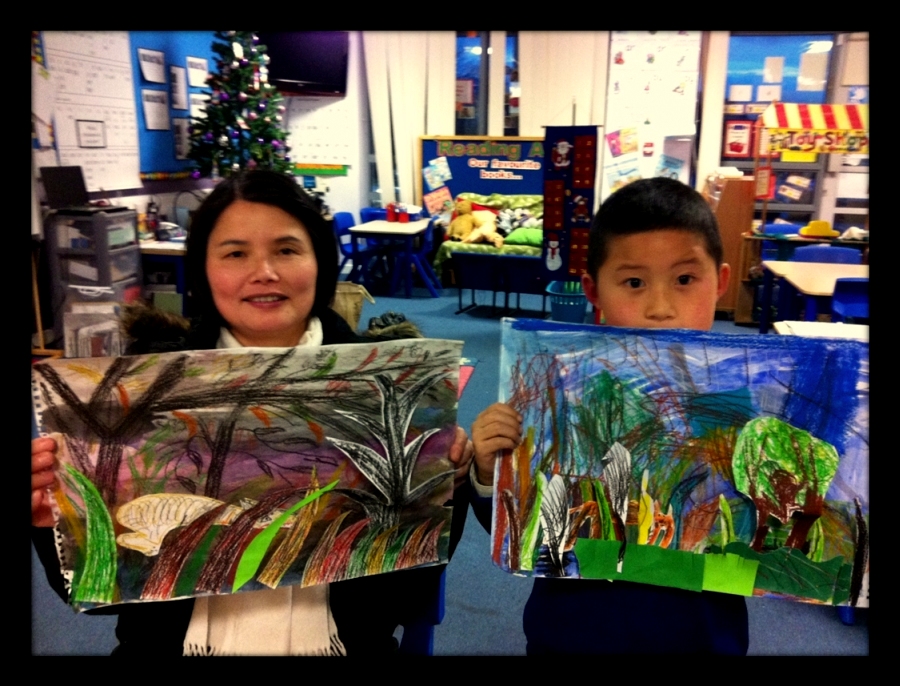 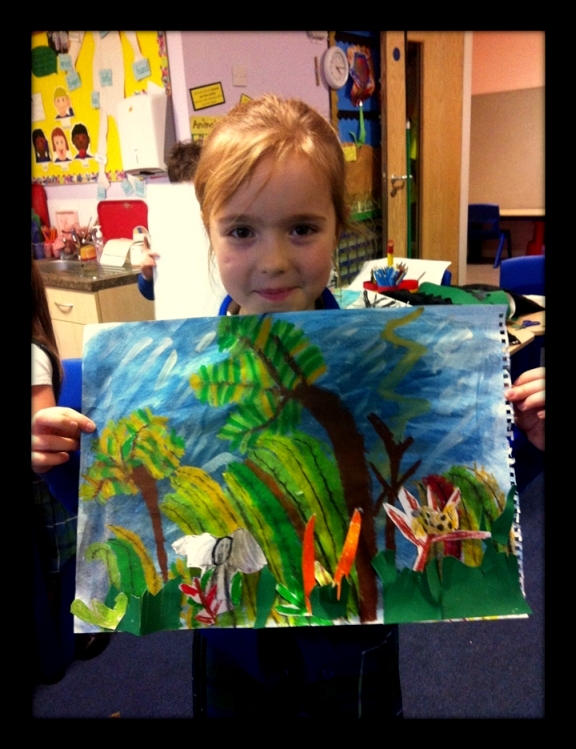 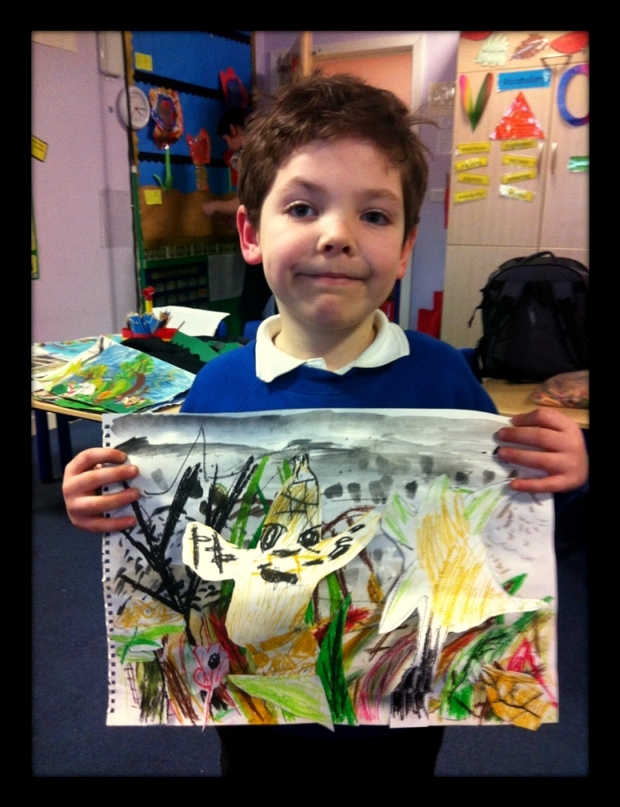 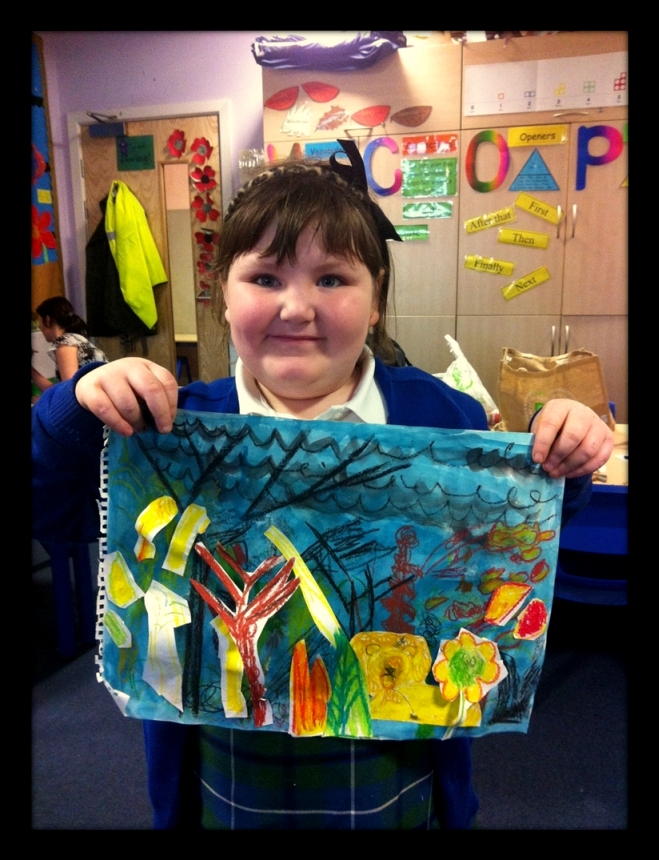 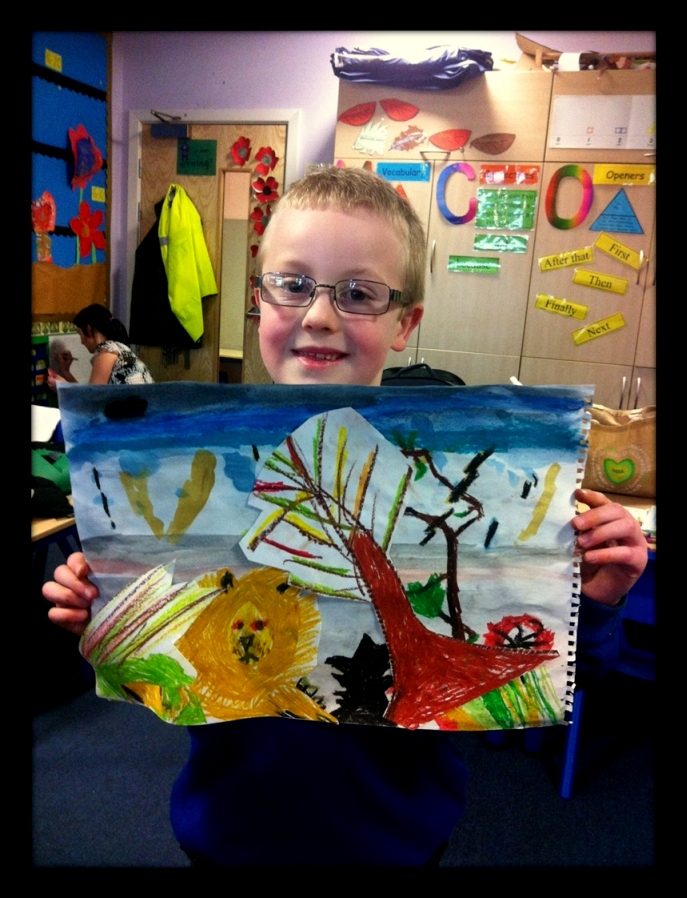 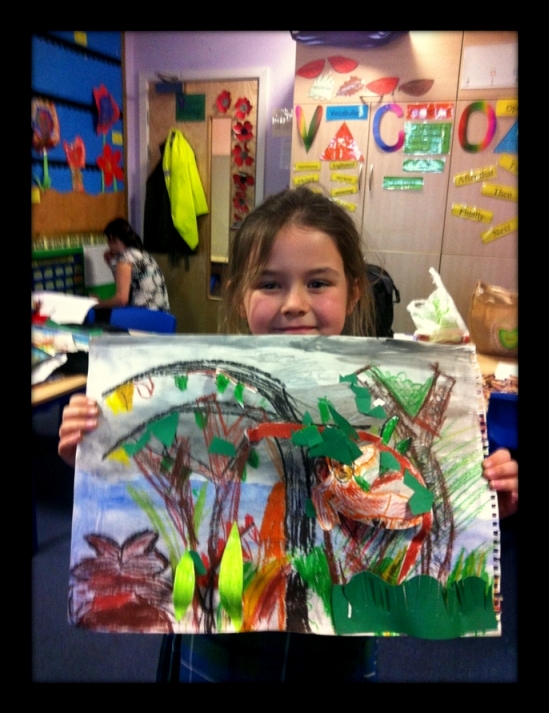 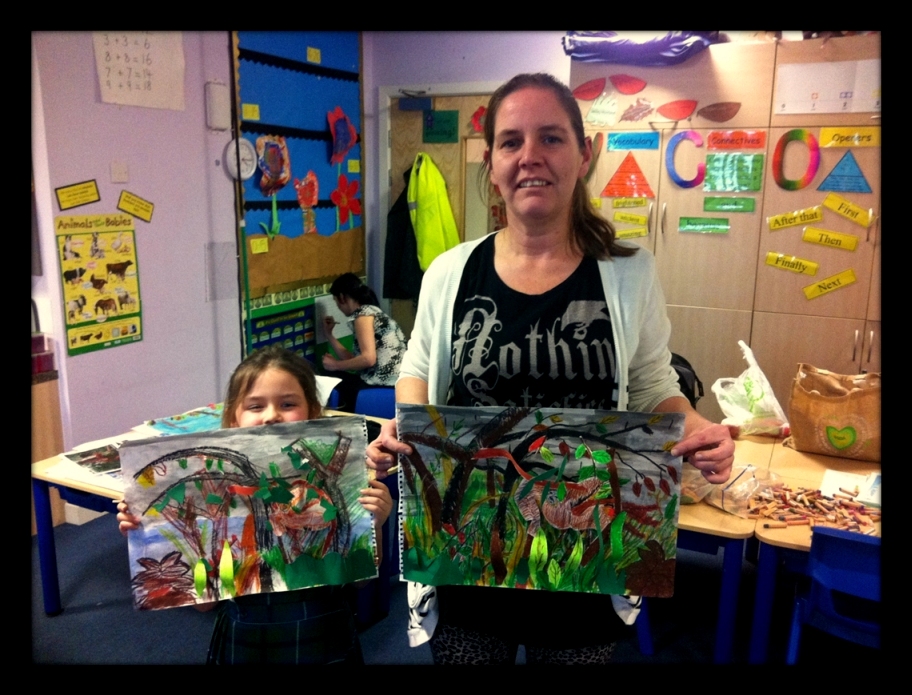 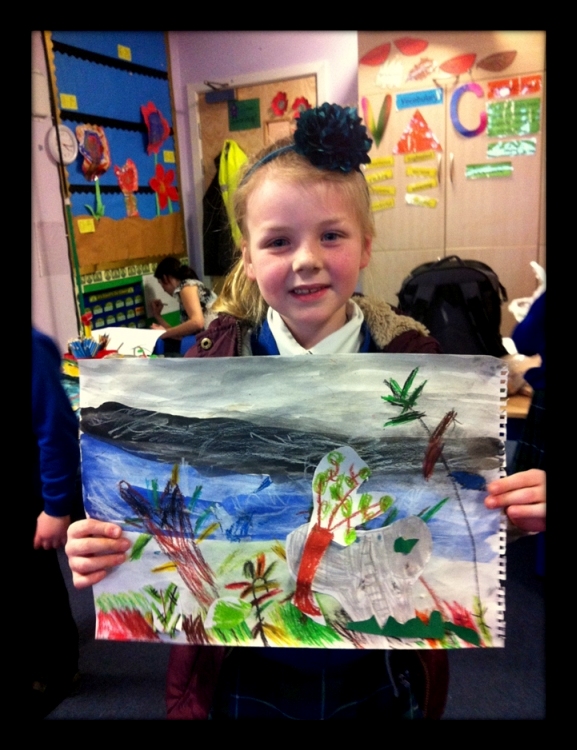 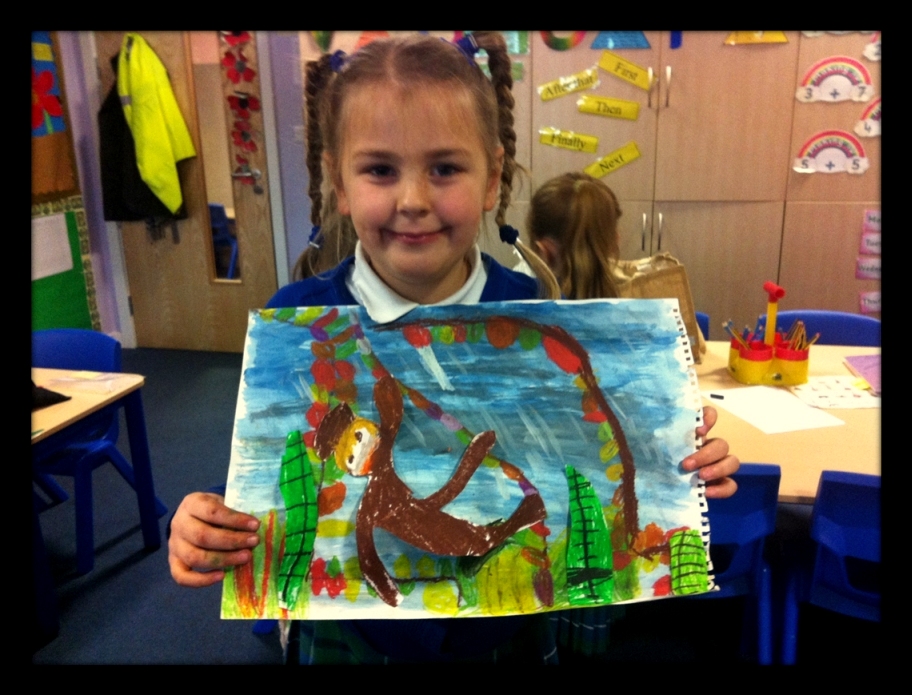