Year 3 have been learning about mummification this afternoon. Click to find out more...

Year Three have been learning about mummification this afternoon and have carried out the process ourselves. Here we will tell you what the Egyptians did and what we did to King Polyteddes, our teddy bear pharaoh! 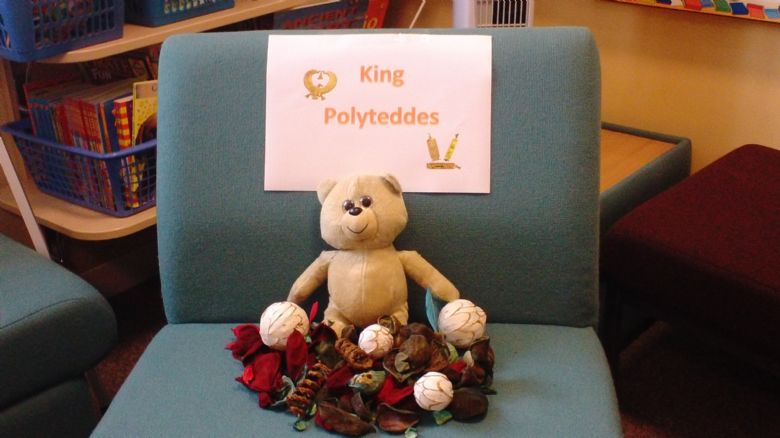 1.  What the Egyptians Did:

They removed all the internal organs from the body except for the heart.  They believed that the heart was the place where a person’s soul was kept.  The brain, which they considered to be useless tissue, was removed through the left nostril, using a long hook.

What we did: We removed the stuffing from the bear and we put a hook into the bear’s head to wriggle its brains lose. We left a heart inside for the afterlife. 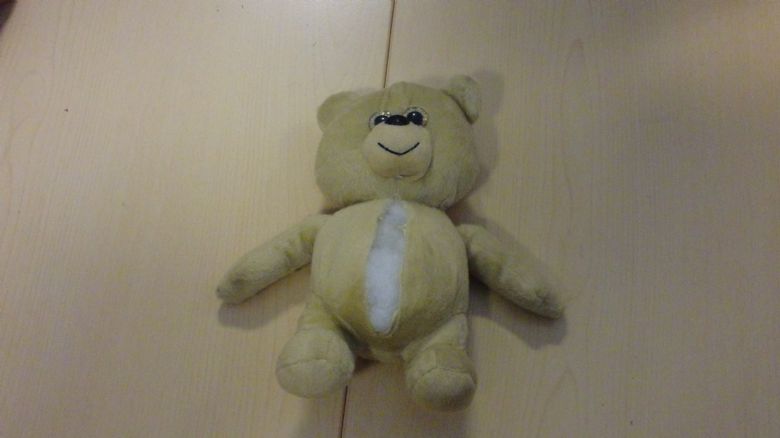 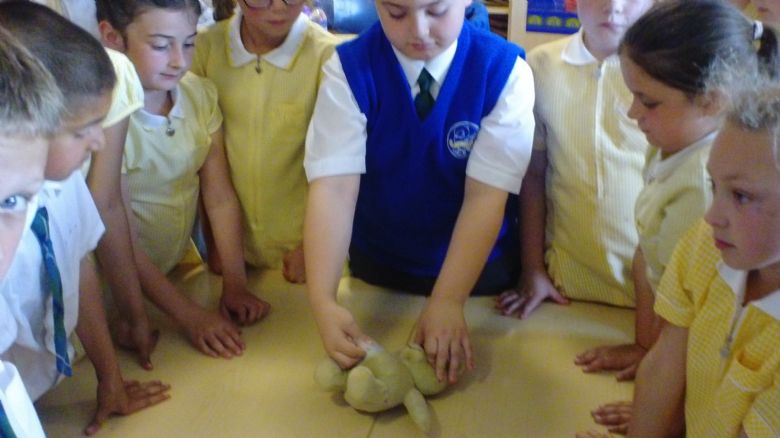 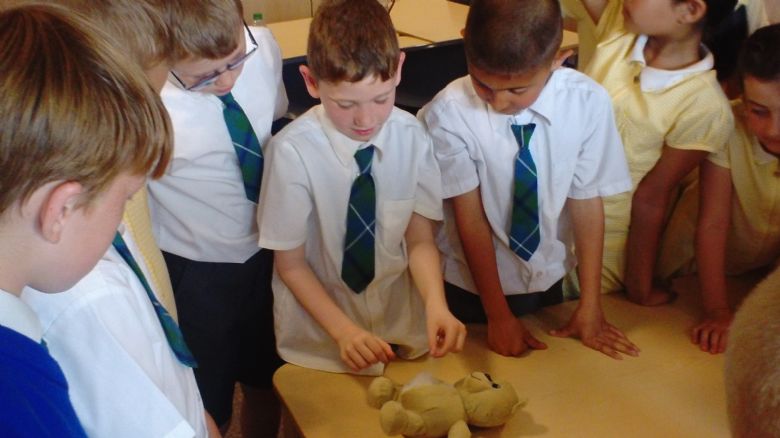 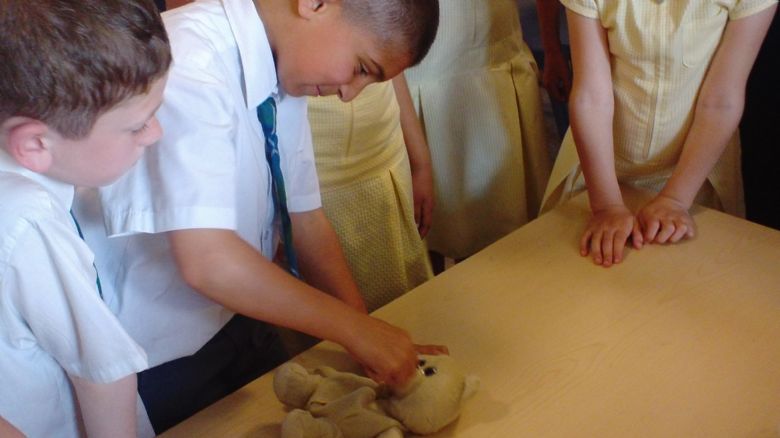 They spread a special kind of salt, called natron, all over the inside and the outside of the body.  They put the body on a slanted embalming couch so that any fluids that dripped out of the body would drain.  They let the natron dry out the body for at least forty days.

What we did: We filled teddy with salt and gave him time to dry out. 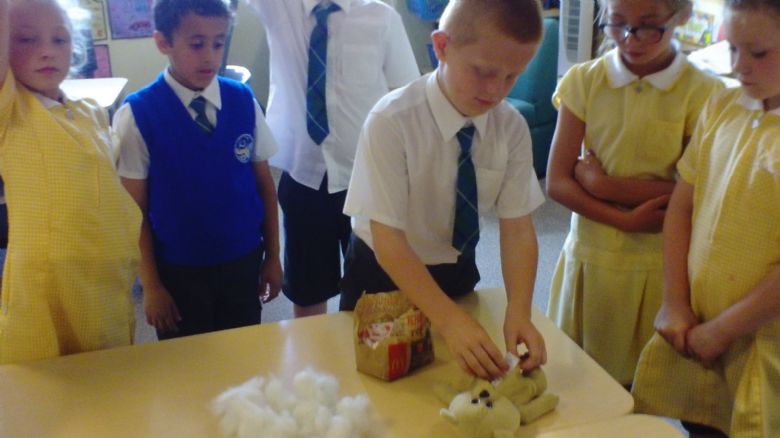 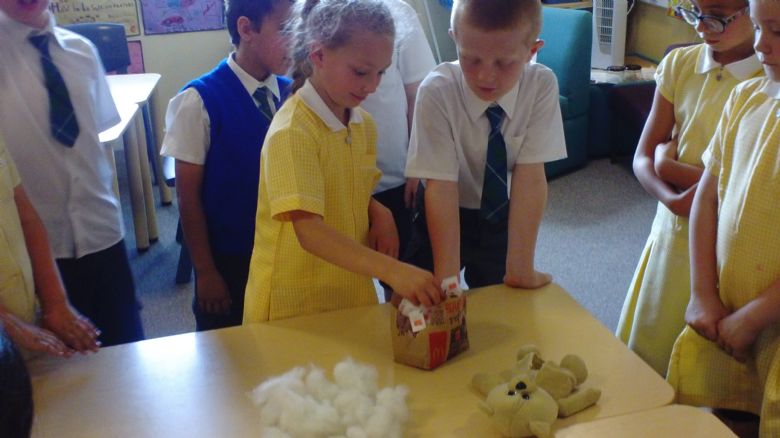 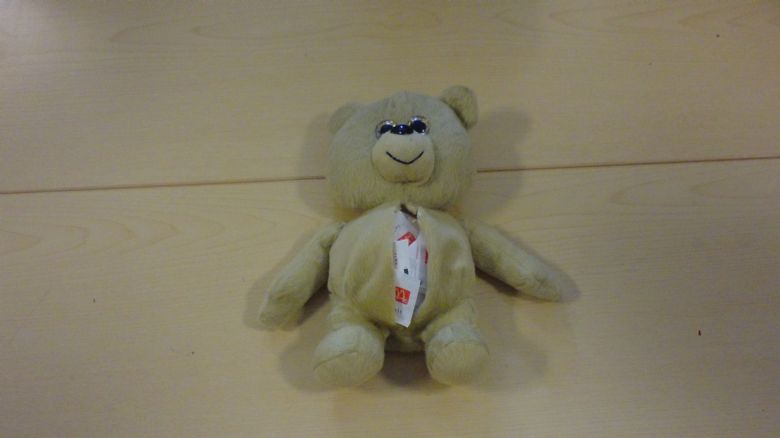 3.  What the Egyptians Did:

The internal organs were also dried and preserved with natron.  They were then wrapped in strips of linen and placed in four canopic jars or tiny coffins.  Each canopic jar had a lid with the face of an Egyptian god on it (the four sons of Horus).

What we did: We decorated Canopic jars, preserved the organs and put them into the Canopic jars. 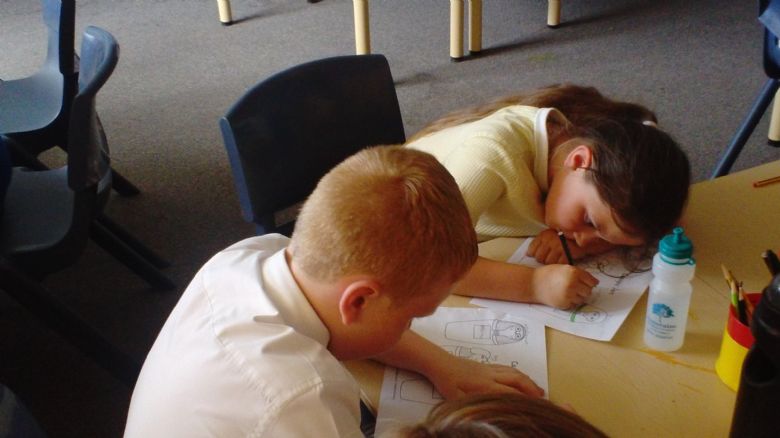 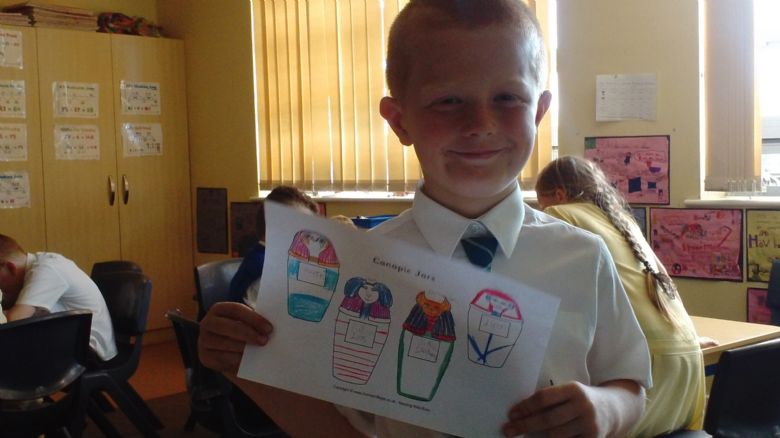 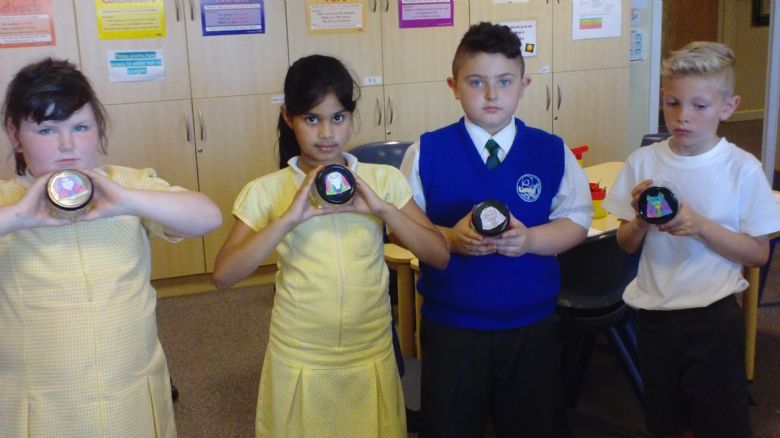 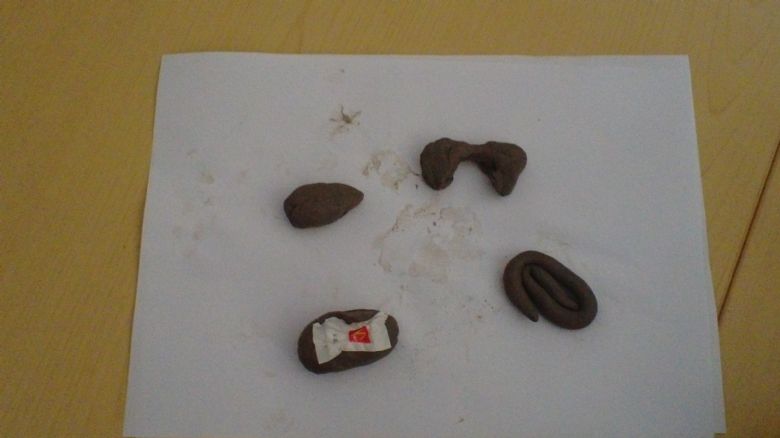 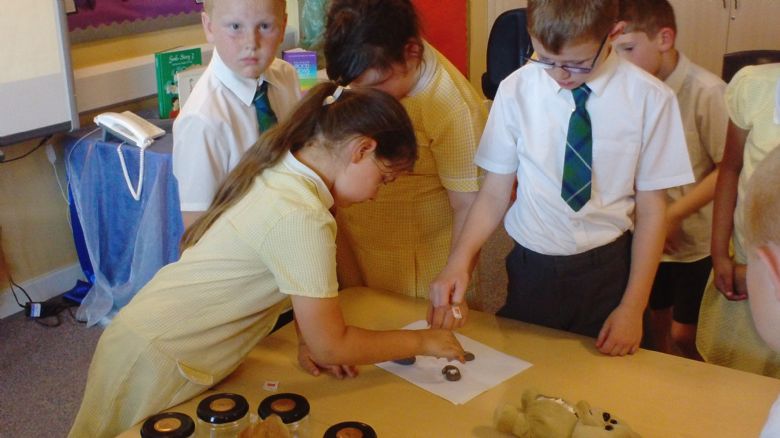 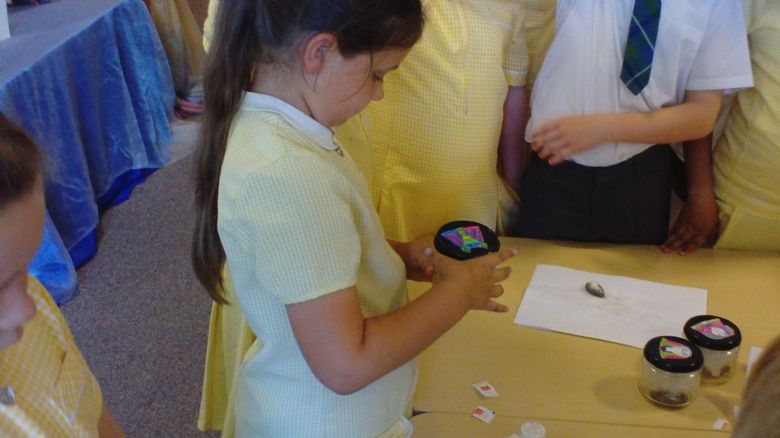 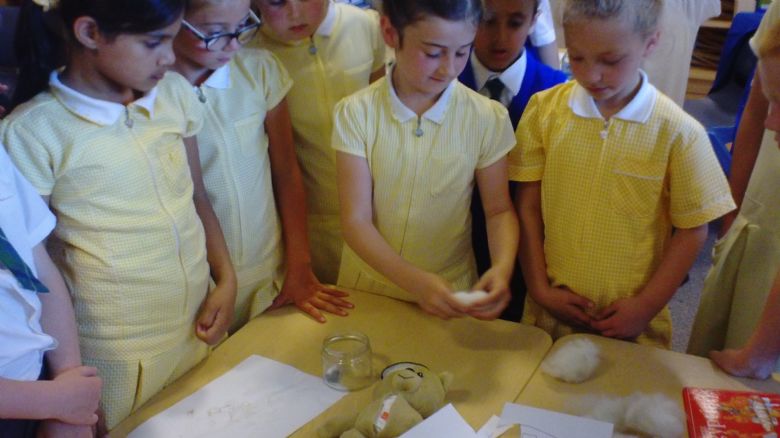 4.  What the Egyptians Did:

After forty days, the body was completely dry and shrunken.  The natron was removed from it, and the whole body was washed, inside and out, with palm wine, oil, and/or fragrant spices.

What we did: we sprayed and washed our bear so it smelt nice for the afterlife. 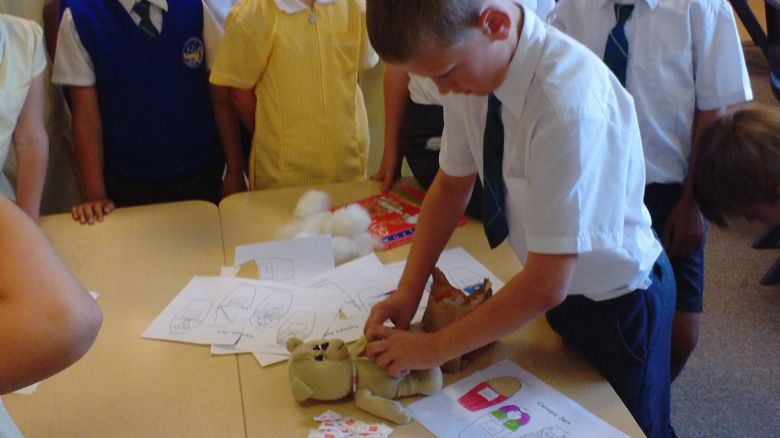 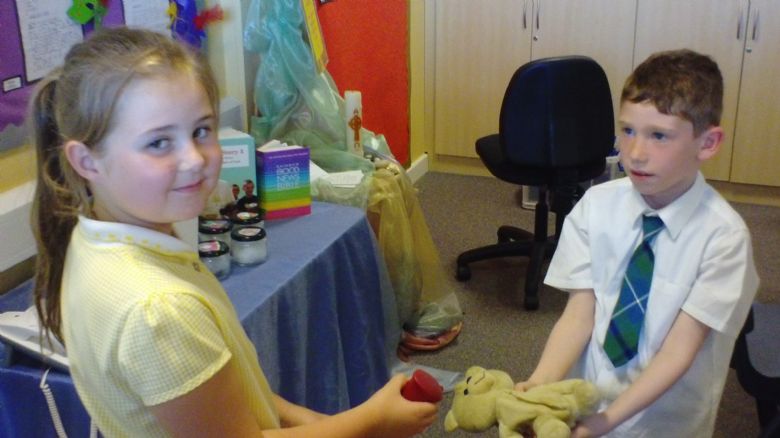 5.  What the Egyptians Did:

The mummy’s head and body were packed with linen soaked in scented oil and with spices so that the head and body would regain the shape they had in life and so that the body would have a palatable scent.  Once this was done, the mummy was covered with necklaces, rings, and bracelets made of gold and gems.  A heart scarab was placed over the heart.

What we did: We filled the body with pot pourri and placed a scarab on the heart we had placed inside earlier. We then stuck our teddy back together. 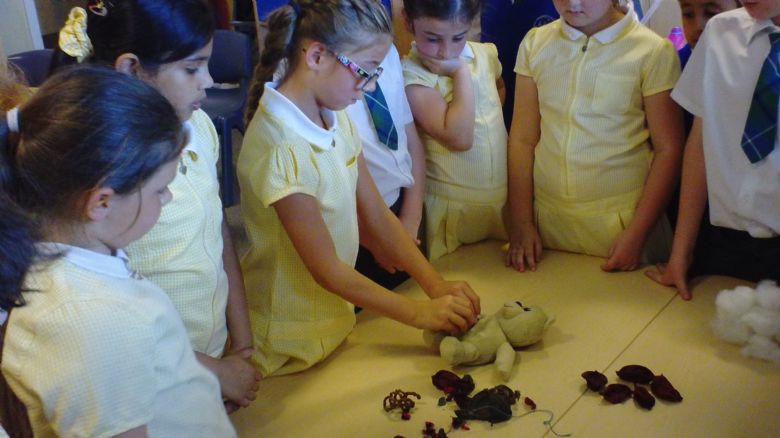 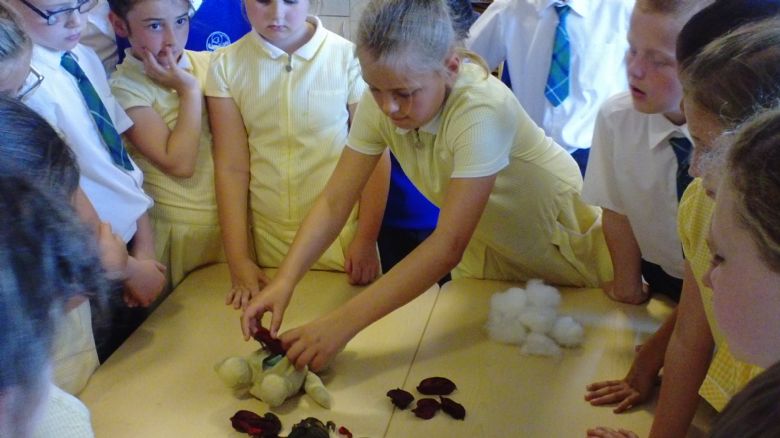 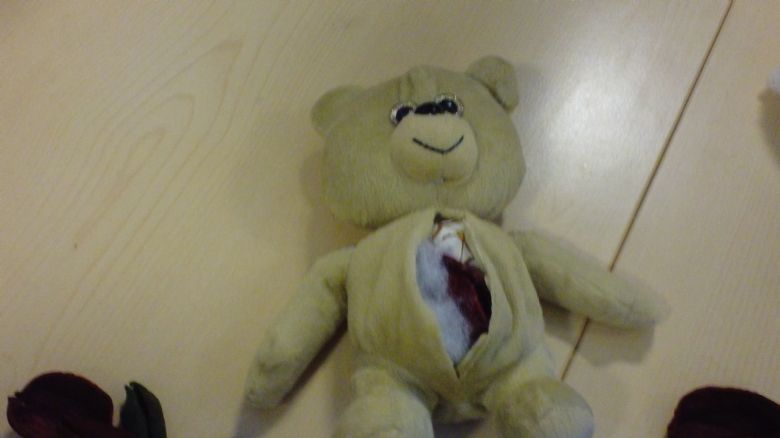 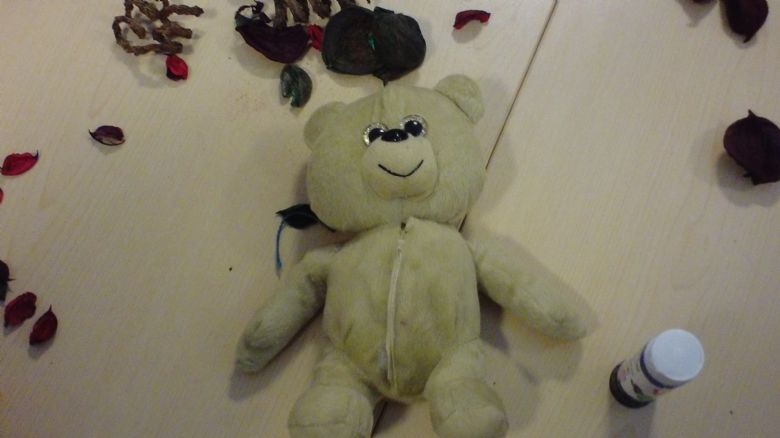 6.  What the Egyptians Did:

The entire body was covered in shrouds and bound with strips of linen.  Amulets (small magical objects) were placed between the layers of the wrappings to protect the mummy’s spirit on its way to the afterworld.  Over the mouth, they placed a special amulet that had phrases on it that the person might have spoken when he/she was alive.

What we did: We wrapped our mummy in bandages and placed special amulets in-between the bandage layers. We then placed him inside the sarcophagus. 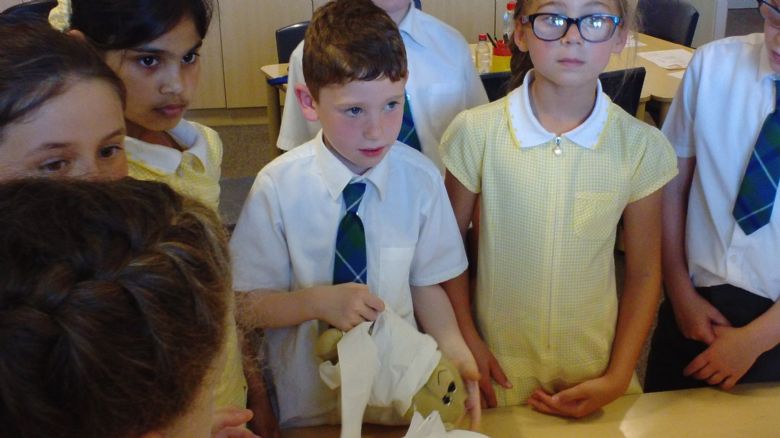 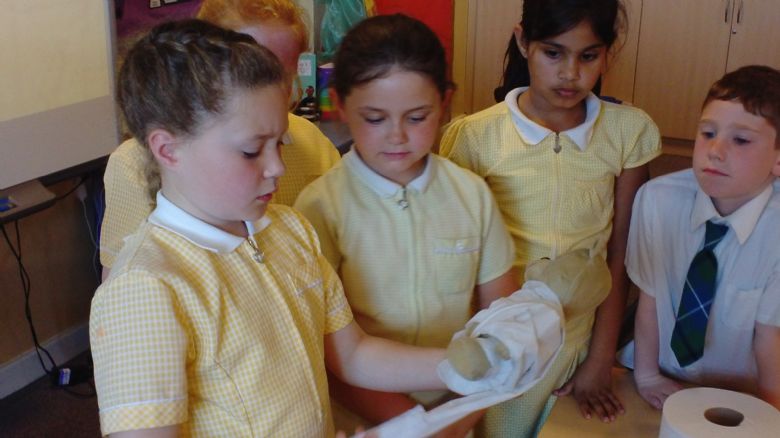 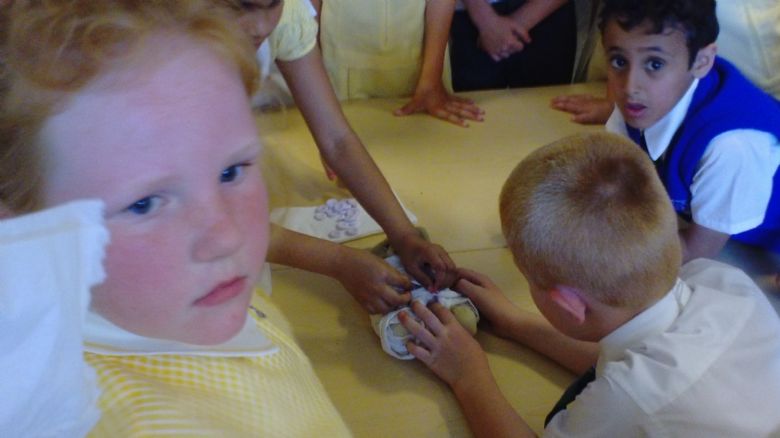 7.  What the Egyptians Did:

After the wrapping was finished, the head of the mummy was covered with a death mask (also called a portrait mask) to ensure that the mummy’s spirit would recognize its body.

What we did: We covered our mummy's head with a death mask and closed the sarcophagus. 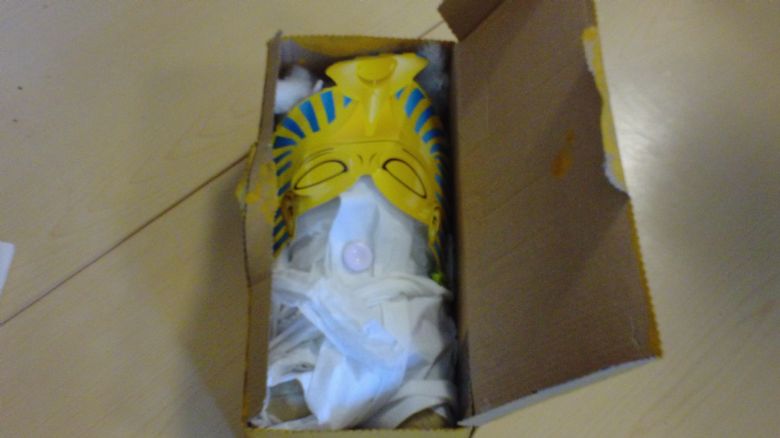 8.  What the Egyptians Did:

Skilled artists, sculptors, and carpenters helped prepare for the burial.  They made the coffin or a nest of coffins for the mummy.  The coffins were painted inside and out with gods, goddesses, and magic spells of protection.  The coffins were placed into a stone coffin called a sarcophagus.

What we did: we wrote the word ‘king’ in hieroglyphics onto our sarcophagus. 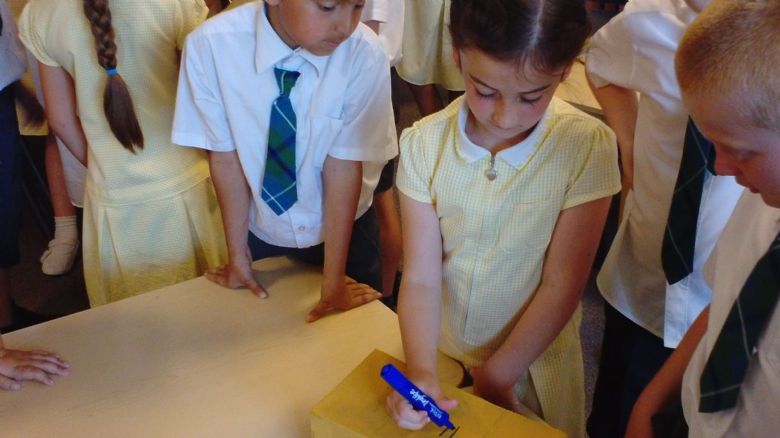 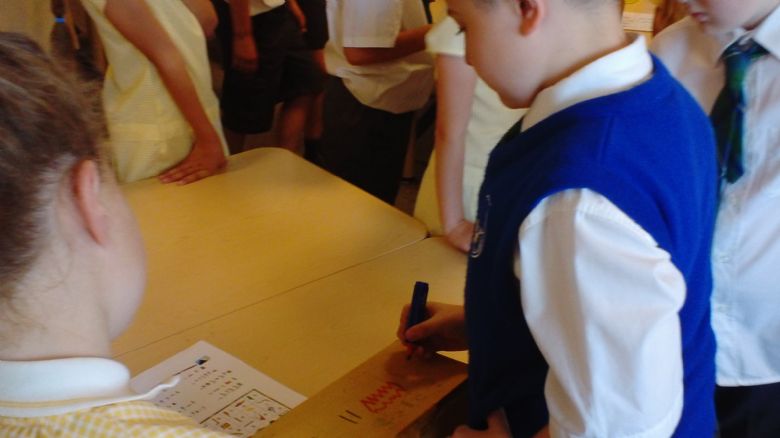 We held a procession where we took our pharaoh to a sacred place. 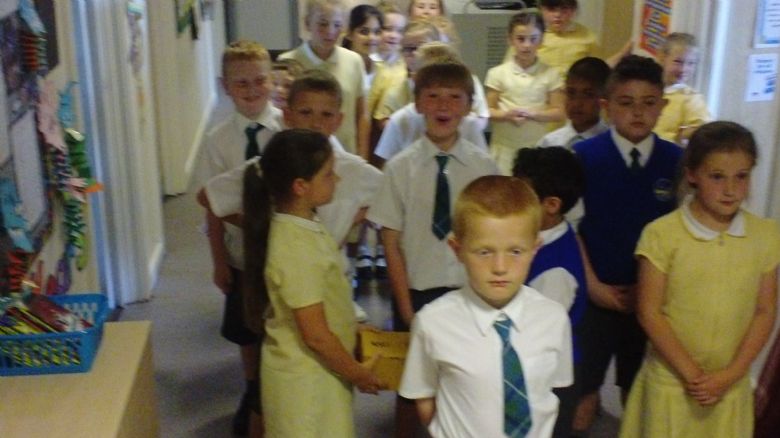